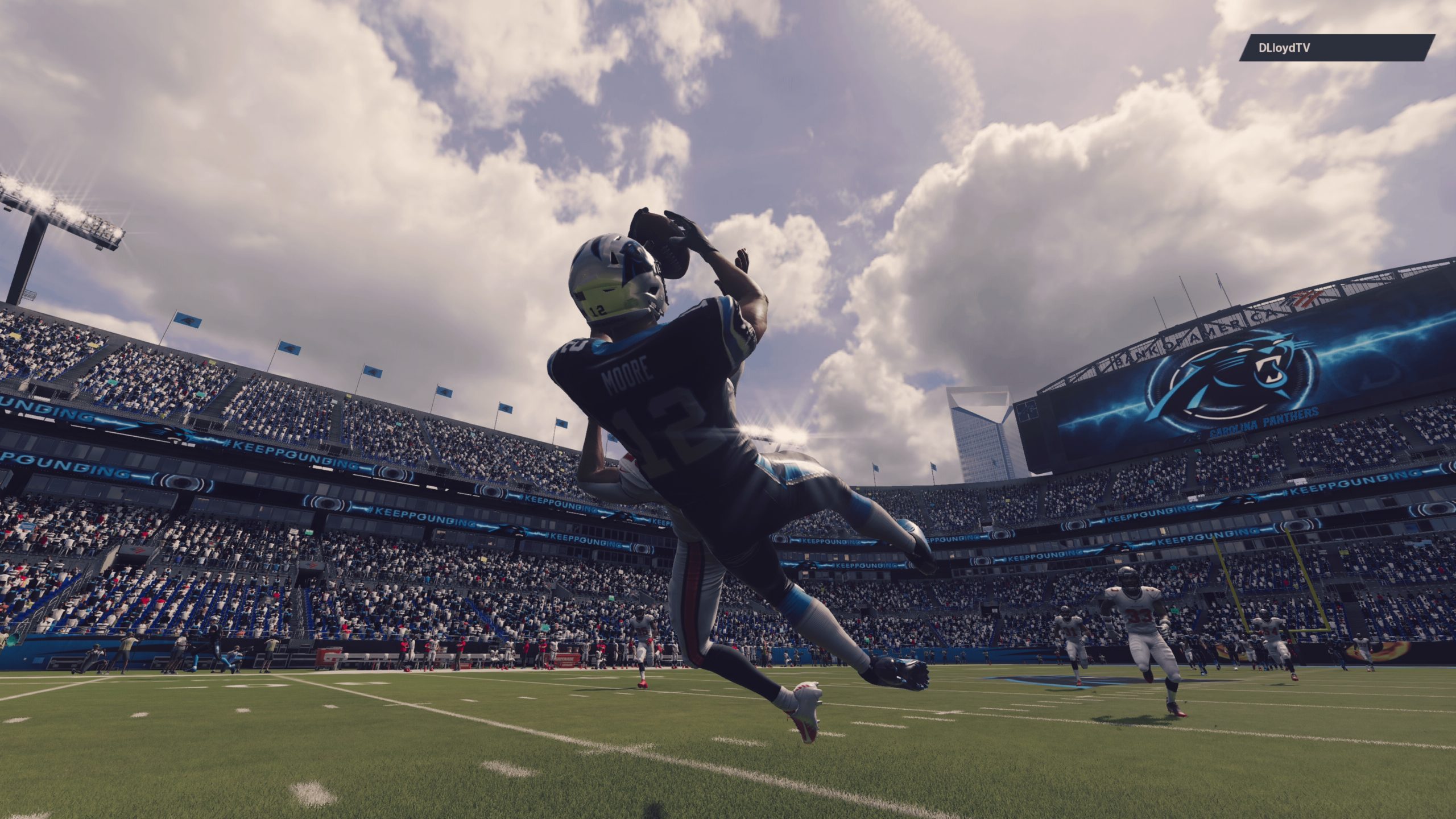 The Carolina Panthers are now halfway through their 2021 schedule. At 3-4, the team now has 3 times the amount of wins they had all of last season. In this article we will go over how the young team has performed so far.

Here are our grades for each position group after the first eight weeks.

Justin Fields has played mostly accurate and efficient, however he continues to be loose with the football. Fields has thrown 16 INTs through 7 games and that is far too many if he wants to have success in Carolina. Still yet, the young QB has a high ceiling, and the Panthers have only recently started to call designed QB runs. Look for the Panthers to let the quarterback run the ball a bit more as their schedule only gets tougher. Quarterbacks Tyree Jackson and Teddy Bridgewater have yet to see the field at this point.

The Panthers are experiencing an embarrassment of riches at the running back position. This Carolina Panthers running back room features one of the best in the game in Christian McCaffrey, and he is almost always on the field. The reason why McCaffrey isn’t explicitly dominating the workload is because of the Panthers have moved to an offensive philosophy where there is almost always two running backs on the field, mostly in the shotgun and pistol formations. Najee Harris or Zander Horvath are almost always in the backfield and tend to see a lot of early down and short yardage work. Horvath has scored 7 touchdowns through the first eight weeks.

DJ Moore, Robby Anderson, and Curtis Samuel continue to share an equal amount of work when it comes to target share. Samuel splits reps with Robby Anderson and is the primary slot receiver. Each of the three are a threat to score any time the ball is in their hands. With Fields at quarterback, this trio should only progress this season as one of the best in the league.

Rookie Tommy Tremble was sidelined with an injury for the first few weeks of the season and has come along slowly. He’s a great receiver in the open field but continues to get beat on the edge when staying inside to block. Tremble must improve as a blocker if he wants to be the starter.

Taylor Moton and Matt Paradis have been the only truly consistent lineman all year. The Panthers have used two rookies at the guard positions: Landon Young and Orlando Umana. They continue to progress, but need to step it up in this new two back system that the Panthers are using.

Derrick Brown has become a force to be reckon with against offensive lines so far, despite not having any sacks this season. He is commanding double teams on almost every play, allowing Brian Burns to get pressure consistently from the edge position. The Panthers acquired DE/DT Khalil Davis from the Bucs early in the season and he had a phenomenal game against the Eagles in Week 5, forcing 2 fumbles and 4 sacks. Yetur Gross-Matos is having a quiet season and not getting much pressure despite Derrick Brown and Brian Burns receiving most of the attention from offensive lines. The Panthers desperately need Gross-Matos to progress this season in order to have a dominate defensive line.

This position was a focus for the Panthers this past offseason and they have been relatively disappointing so far. Raekwon McMillan has only 3 tackles so far on the season. Dax Hollifield has been the most promising addition to the group, seeing most of the work at outside linebacker. Zane Zandier had 2 sacks in his first game after dealing with an early season injury, but has been relatively quiet since. Payton Wilson and Josh Ross have been relegated to special teams. The Panthers need someone to emerge as a starter or else they will find themselves looking to address the position again in the off-season.

The top 3 leading tacklers on the Panthers defense come from this group. The group is last in the league when it comes to INTs and are continually have to chase down completed receptions. Expect the Panthers to make several moves this offseason focusing on the defensive backfield if this level of play continues through the remaining eight weeks.