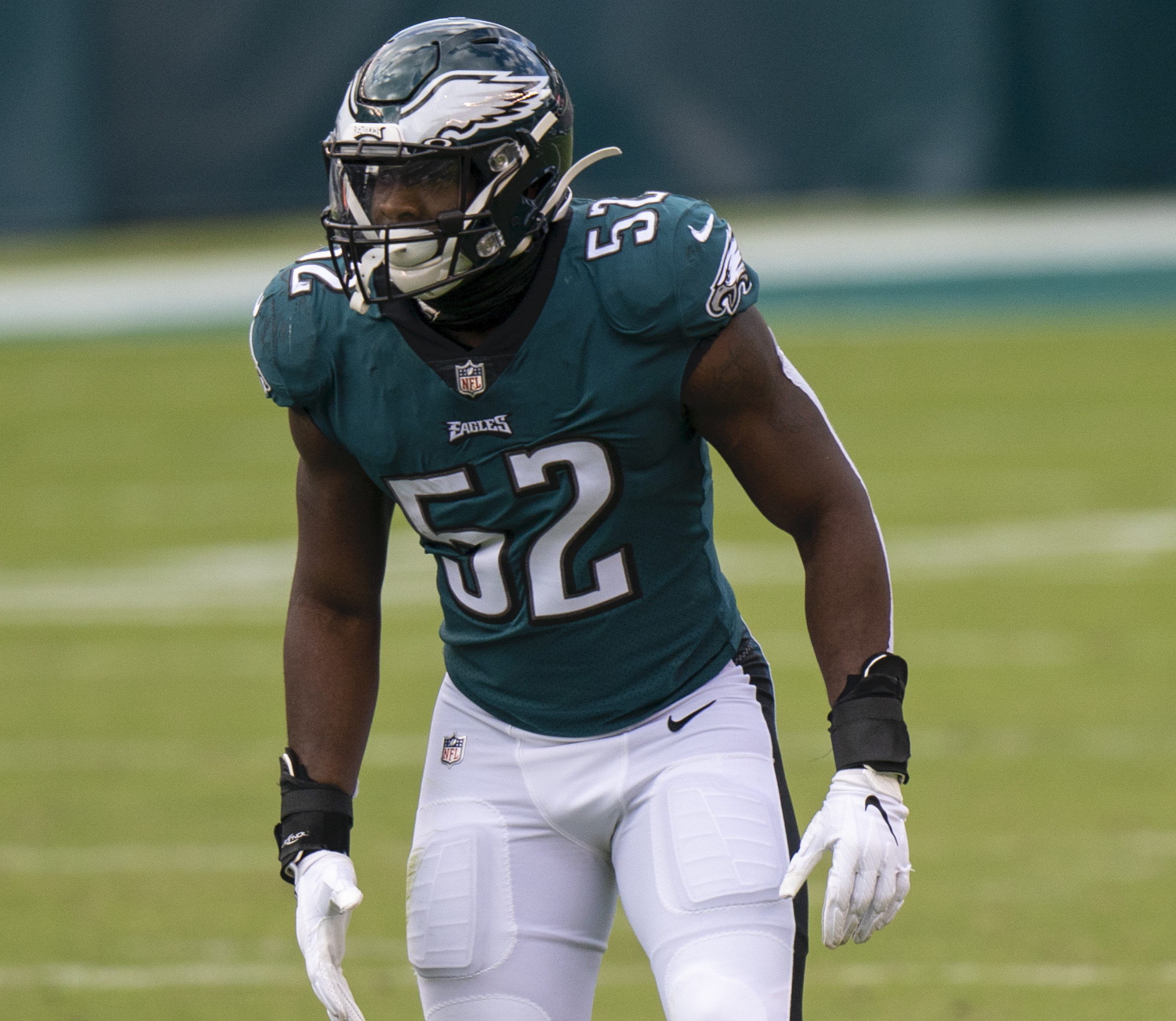 This is the third part in the second  annual  mini series in which  we take a look at and  break down the Philadelphia Eagles roster position by position. We will take a look at each position’s statistics for the 2022 season as well as go over the performance of the players in each position.

The Eagles linebacking core consists of speedy, athletic linebackers who can cover the field and run with any team. Two of the starting four linebackers are superstars. The best linebacker and the only one who made the pro bowl in the 2022 season was Davion Taylor. Taylor is the fastest  linebacker the Eagles have and he uses his speed to run with the best in the league. Taylor has the abilities to tackle the offense in the backfield and intercept a pass for a touchdown. He led the Eagles with 50 tackles, and was tied for first in defensive touchdowns. For his outstanding season and the fact that he made the pro bowl, he was given the honor of Superstar X-Factor Status. Taylor will continue to start at outside linebacker, and with his new ability we can predict that he will continue to make life difficult for opposing running backs.

Ever since being drafted, Dylan Moses has done nothing but play well for the Eagles. This season was nothing different as he was second in tackles, first in fumble recoveries, and fourth in interceptions made. Moses uses his abilities to cover the middle of the field. With his size, speed, and zone coverage abilities. He makes life a nightmare for anyone who comes into his territory. Moses was the odd man left out of the pro bowl however, he has vowed to make it next season. Moses will continue starting at middle linebacker, however, there has been rumors that a change in abilities could be what he needs in order to get back to his dominant ways.

The Eagles have other linebackers waiting in the wings that didn’t see the field this season, however, the other two that did are Burns, and Moody. Both linebackers are a part of the Eagles base defense, however, outside of that they don’t see the field. For playing on just early downs for the most part, they both played well this season. Each player had over 20 tackles, and a sack. They both are speedy, tackling machines, who will look to overtake Taylor or Moses if they start slipping. We can see both players being starting linebackers for some teams, but predict that outside of preseason, they will stay right where they are in the Philadelphia defense.

The Eagles secondary is full of speedy zone coverage based players. They are led by superstars Slay Jr and Maddox. Taking a look at the statistics of both of these superstars we can see that they are almost even in every category except tackles. Both players had 8 interceptions and 2 touchdowns, while Maddox had 39 tackles to Slay’s 38. That one tackle was the difference this season, as that tackle was the reason that Maddox was selected to the pro bowl and Slay was not.

Maddox and Slay both have the acrobatic ability and are able to guard their own side of the field. They both give the Eagles defense the luxury to ensure that they are not beat on one on one coverage. Maddox is listed as the top corner on the team and it will stay that way going into the 2023 season. Maddox, with his 95 speed, 99 acceleration is the most complete physical corner the Eagles have. Slay did lose a speed point this offseason but still has a respectable speed of 92. They both will be the anchors of the Eagles defense, and if they play well, that will be reflected on the Eagles final season record.

Josh Jobe was the Eagles first round pick this past draft. He was stuck at the slot corner all season and his statistics showed. He was able to make a few tackles, however, he didn’t have the ball head his way much last season. Jobe has the physical tools and abilities to be a top corner in this league, however, as long as the Eagles have Slay, he will be above him on the depth chart. Jobe will be looking to play the middle of the field more this upcoming season as teams will be taking their shot there instead of the outside. We see Jobe getting more interceptions this season as he will be the target of most offenses. He may not be a superstar,however, if teams do target him, he may get enough interceptions to become the Eagles third superstar corner.

The Eagles safeties are the slowest players of their secondary, however they are more than fast enough to make big plays. LeCounte was the best player statistically that the Eagles had last season. He led the team in interceptions. He was picked on in the middle of the field because he has only 89 speed and isn’t a superstar. He was snubbed out of the pro bowl and at receiving a development trait. He will be looking out to show teams that he is no joke this season. With teams attacking the middle of the field, he will get plenty of chances to show off his talents.