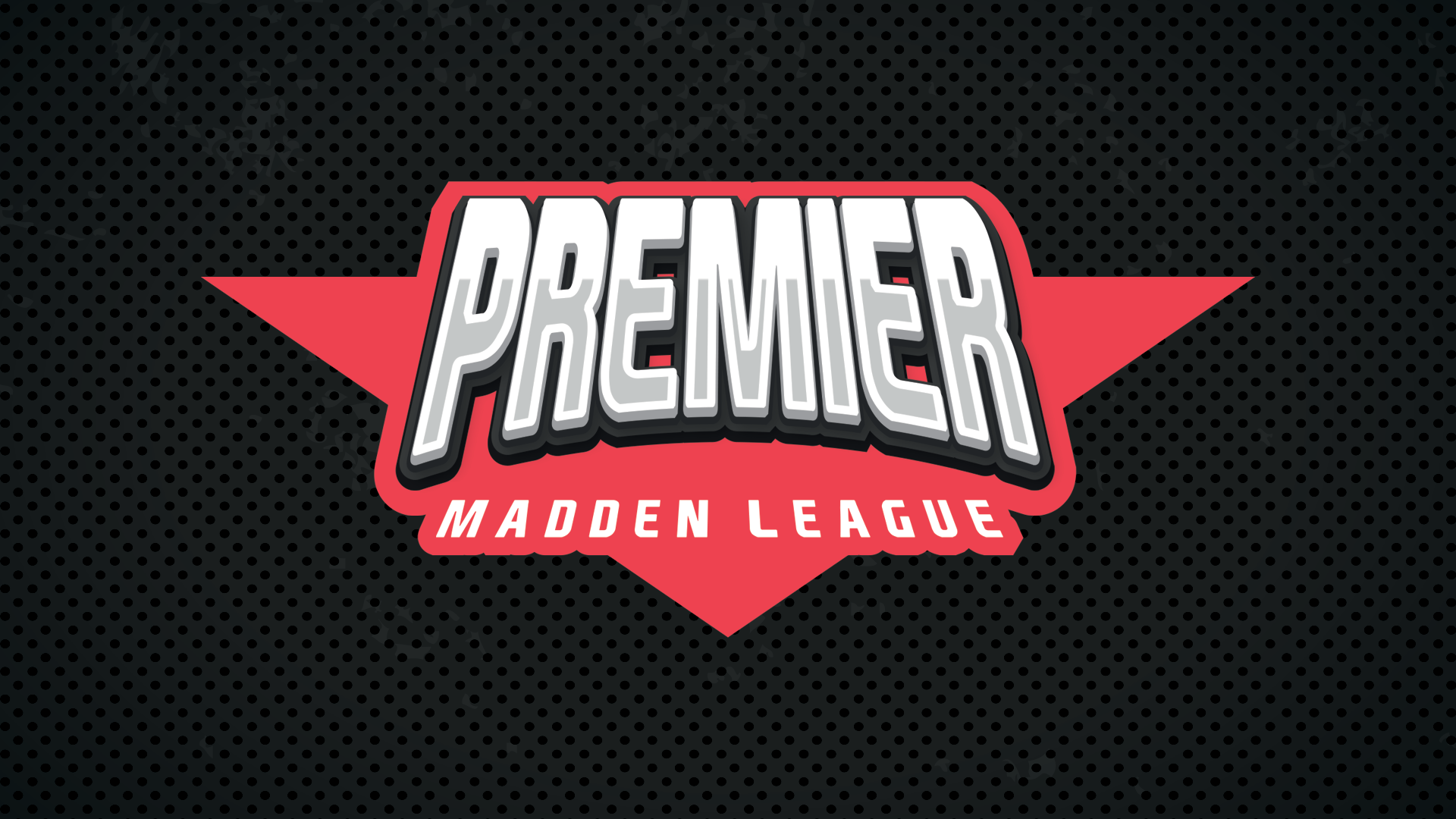 With year 4 of Madden 21 PML entering the back half of the season and only one season left on this cycle, we look to the future and how to improve the league and add more realism for Madden 22. The first two ideas are bigger ideas that would only be able to be implemented starting next cycle and require a decent amount of work for commissioners but I’d also be willing to run them, and the last two are smaller ideas that could be added at the end of this season. As with all PML improvement ideas, these are just hypothetical as they could be scrapped completely, altered to work better, or used as presented here.

In the real NFL, there’s always that one player every year or so with a great story coming out of a later round or an UDFA that becomes solid or even amazing despite the odds. PML can reflect that by doing a raffle of all practice squad players every offseason. The player pool will be the 320 practice squad players from week 1 but the raffle wouldn’t happen until the resign free agents period after that season’s super bowl. This feature of using the players from the beginning of the season but doing the raffle at the end of the season allows another opportunity for great storylines with a player potentially stolen from another team’s practice squad to be the one to get the boost. HIGHLY RECOMMENDED TO NOT CUT PS PLAYERS IN GENERAL BUT MORE IMPORTANTLY THOSE THAT GET SIGNED AFTER YOUR SEASON ENDS BEFORE THE RAFFLE IN CASE YOU CUT THE PLAYER THAT ENDS UP WINNING. The one player that wins will then get a second raffle where he can win anywhere from 15-45 attribute upgrades and also get a coin toss for a dev upgrade. The attribute points will be weighted as 30 as the most likely outcome and then it’ll be rarer to get both fewer and more attribute upgrades but the dev upgrade will be a 50/50 chance. Odds are: 40% chance to get 30, 15% to get 25, 15% to get 35, 10% to get 20, 10% to get 40, 5% to get 15, 5% to get 45. Attribute upgrade caps are the usual limits and only 5 upgrades per specific attribute and no physical attribute upgrades except for an allowed 1 upgrade for speed, 1 for acceleration, 1 for agility, 1 for jumping, 2 for strength, 2 for Throw Power if a QB wins, and 3 for Kick Power if a kicker or punter unfortunately win.

In the real NFL, it’s typically seen as a good thing to sit your rookie QBs but in PML and all madden franchises, it just hurts them and stops them from getting XP and upgrades. To solve this we can introduce a system to let rookie QBs earn upgrades when a team shows patience to let them sit and learn. You can not earn points if the rookie QB is hurt. You forfeit a point for every attribute upgrade request you submit, these are free upgrades don’t be greedy and try to earn extra separately with content points just use them for other players. You are allowed to use coordinators and training camps as you would normally, however. You earn attribute upgrades for your player on a weekly basis but you cannot use them until the end of the season after you have a total. Upgrade points are only earned during the regular season, not during the playoffs. (If your total ends in .5 you round up). Standard upgrade rules apply with upgrade limits and only 5 per specific attribute and only physical attribute upgrades allowed are 2 upgrades allowed for throw power, 1 for speed, 1 for acceleration, and 1 for agility. This idea would obviously start being used next cycle.

The Base is the dev: normal QBs get 0.5 attribute upgrades per week without a pass thrown or positive rushing play. They can come in for a kneel-down or late-game handoffs if you are avoiding stat padding, but they aren’t allowed to attempt a pass, scramble, or a designed qb run. Star QBs get 1 point per week, superstar gets 2 points per week, and X factor gets 3 points per week. There are 17 games per season next madden so sitting a superstar or X factor QB would earn you a lot of points, but you lose out on actually using and getting used to the QB.

Then mentor experience is evaluated: if the starting QB is 30-34 years old, the rookie QB gets an extra .5 per week. If the starter is 35+ Years old, the rookie gets 1 extra upgrade per week. The best mentors in the NFL have been the older veterans as they bridge well because they aren’t the long-term solution but do have a lot to teach.

Then mentor skill is evaluated: if the starting QB is 88-93 ovr the rookie QB gets extra .5 points per week, if the starter is 94-99 ovr the rookie gets an extra 1 point per week. While experience matters, so does just raw skill. Other great mentor quarterbacks are the ones who make great plays regardless of how many years they’ve been in the league

EXAMPLE and more explanation: Team A has an 89 ovr 36 year old QB so they draft a 2nd round QB who gets star dev and they sit him all 17 games (there are 17 per season next cycle). The rookie QB would probably enter the league around 68-72 ovr and earn 42.5 (43) attribute upgrades. This may seem like a lot but it’s pretty realistic when looking at situations like Aaron Rodgers learning from Brett Favre in Green Bay and instantly developing into starter talent before becoming a superstar or depth picks like Jacoby Brissett and Jimmy Garoppolo learning from Tom Brady on the Patriots and becoming good enough to bring in trades from the Colts and 49ers. This system is balanced by most users not wanting to sit their rookies (especially high picks and good devs) because stats, awards, and records can earn them just as many total upgrades and usually even more than this system. It’s also balanced by the upgrade limits meaning no QB will become amazing from sitting unless they are in the perfect situation and even then you would be sacrificing plenty of upgrades because of the upgrade limits. Most QBs using this system will just get a solid boost at most major accuracy and other quarterback stats. The example player I built to test this on was a 72 ovr with 90 throw power, 80 speed, acceleration, agility, SAC, MAC, DAC, TOR, TUP, and 75 at every other attribute (no clue how this is only 72 but that’s the example I guess). After giving the example player +2 THP, +1 speed, acceleration, agility, +3 play action, and +5 BSK, carrying, DAC, MAC, SAC, TUP, TOR for all 43 upgrades he went up to a 79 for a +7 difference. (We user the quarterback so I doubt anyone is upgrading awareness but upgrading awareness would boost overall an extra +1). While +7 overall may seem like a lot, this is for a star QB sitting the whole year behind a decently high overall heavily experienced veteran which is a better than average situation and would be one of the best situations in PML for a rookie QB. Also, in comparison, I drafted Bryce young as a first-round star 74 ovr and he’s up to an 83 overall superstar in just 11 weeks without any regular attribute upgrade requests and only +1 TUP from coordinators and a basic QB training camp. Sitting your QB will have upside in the right situation but it pays to start the rookie if they’re good or the mentor is bad, not to mention missing out on dev games or finishing top 5 in yards/TDs for a dev upgrade. There’s even an argument to be made that you should get more upgrades than the system I’ve made gives you or to increase the upgrade limits so it could be more effective but I honestly doubt this would be used for quarterbacks who could get a ridiculous amount of upgrades.

in addition to being suspended, players suspended for overuse should be docked -1 injury for every game they’re suspended to reflect how overusing a player would lead them to wearing out and being able to get injured easier than most. This is also just a harsher and more long-term punishment for overuse that would encourage users to not break the rules and also fix them as fast as possible in the case of a long suspension.

Since kick and punt return TDs are pretty rare, if a player is able to get 2+ return TDs in a year or meets a certain threshold of yards per return, we can call it 30 yards per kick return with a minimum of 34 kick returns (2 per game next cycle) or 15 yards per punt return with a minimum of 34 punt returns, the player will be granted the return specialist ability if he doesn’t already have abilities. There would also be a regression tool for these specialists if they failed to meet one of these requirements: They dipped below the 34 kick or punt returns for the year, not combined though they would need 34 of a specific type, 25 yards per kick return or 10 yards per punt returns. If they are unable to meet those two requirements they lose the ability unless they have 1+ return touchdowns as a final chance to keep it.