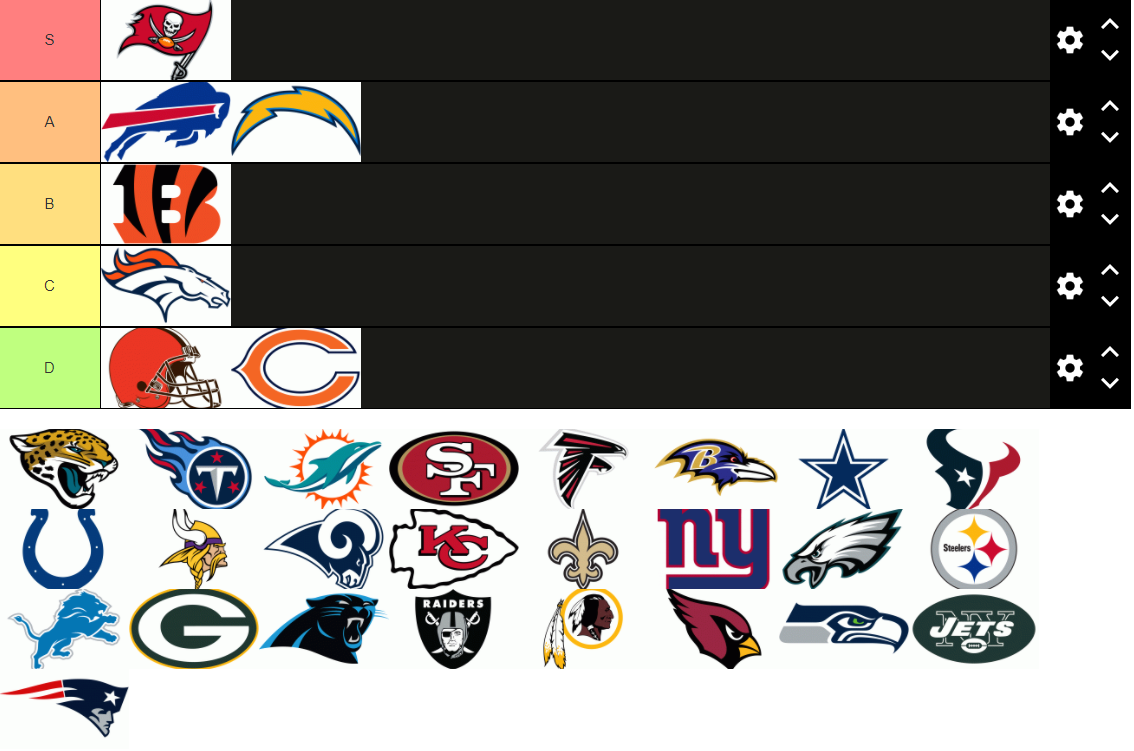 As a new user, joining the PML in season 5 is a cool experience, not only to play in the league, but also to see what everyone has been able to do with their teams over 5 seasons in an online cfm. Today, I’m here to share my initial thoughts on all 32 PML rosters, 5 years deep into the cfm, within a 4 part series.

I will provide in depth analysis for each team within a paragraph below. Please don’t get butthurt these are just my initial thoughts on rosters.

Compared to the rest of the rosters in the league, this team definitely isn’t up to par. Not only has the team barely improved, if at all from its original form, it also lacks heavily in some spots. Running Back is a MASSIVE hole with the highest rated running back on the roster boasting a 74 overall rating and combined with a below average receiving core and a defense that is just average compared to the rest of the league, you get yourself a team that hasn’t improved much at all, aside from finding itself a franchise QB in Zach Wilson.

The Bengals roster is one that is for sure a step up from their current real life roster, but still isn’t an amazing squad. This is for sure a great rebuild, and a team that does have a few offensive weapons and a solid defense. Jalen Waddle and John Ross make for an elite wide receiver due to their deep speed and athleticism while Joe Mixon is a solid bell cow back, although he lacks any superstar abilities. The Defense is above average compared to the rest of the league, which makes Cincy a solid squad in PML.

As a massive Josh Allen Fanboy I absolutely love this roster. The Bills offense is absolutely LOADED featuring 2 99 overall receivers, a 98 XF quarterback, and a 98 XF tight end. The defense is also extremely deadly and almost as good as the offense. The only lacking part of the team is it’s subpar offensive line, but keeping in mind that you have to pay a mega star QB a mega deal, this roster is excellent.

With the Bucs roster already starting out loaded, there really isn’t much to improve, but in the PML they are now borderline unfair. Sam Howell has become Tom Brady’s successor and has not disappointed, as well as Antoine Winfield Jr developing into one of, if not the best safety in PML. There really isn’t much better that could’ve been done with Tampa.

Arizona is another roster that it is very hard to find any holes in, because there aren’t any. Roster is stacked from top to bottom, featuring some absolute athletes in Javelin Guidry and Isaih Simmons. Not only is the defense shutdown, the offense is electric, featuring a more developed version of the Cardinals current roster, with the addition of a superstar beast of a running back in Nyheim Hines. Definitely a great job with Arizona.

The Chargers roster is way above average, and an awesome attempt at rebuilding them around Justin Herbert. While there are some better rosters in the league, this one is not too bad itself. Not only has Herbert been developed into an elite QB, there are some new stars on the team such as Rico Gafford and Montae Nicholson. Not to mention the addition of DK to make this offense almost unstoppable. Don’t forget about the Chargers underrated defense as well, led by current stars Joey Bosa and Derwin James, as well as new star Kenneth Murray Jr! Very good rebuild of the Chargers.