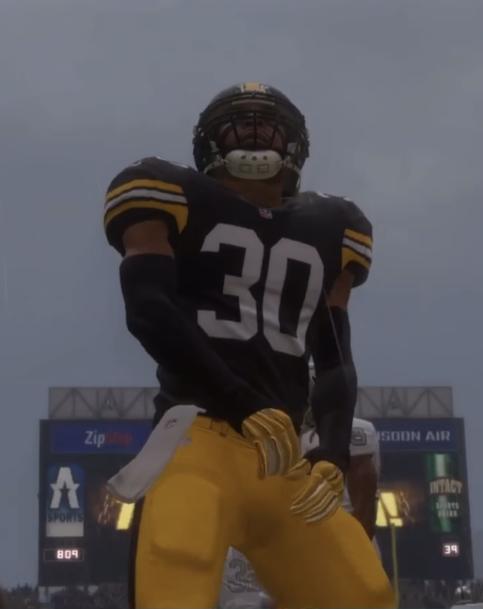 As a new user, joining the PML in season 5 is a cool experience, not only to play in the league, but also to see what everyone has been able to do with their teams over 5 seasons in an online cfm. Today, I’m here to share my initial thoughts on all 32 PML rosters, 5 years deep into the cfm. This will be part 2 of a 4 part series.

I will provide in depth analysis for each team within a paragraph below. Please don’t get butthurt these are just my initial thoughts on rosters.

As is the case with some other teams, this is by no means a terrible roster at all. The roster would probably rank slightly above average compared to others in the league, but in this case it’s the Chiefs. For starting off with the Kansas City Chiefs this roster just isn’t here. The Oline is pretty awful aside from Carman, and the defense is just overall average. A developed Mecole and obviously Tyreek Hill are nice offensive additions, as well as a star back in Chuba Hubbard, but it’s just not as good as the team could be.

Jonathan Taylor is a BEAST! Not only is Taylor an absolute superstar, but the team is built around him and in a very good fashion. Jameis Winston has developed into the franchise guy that Indi has needed, as well as Parris Campbell breaking out into one of the league’s most feared receivers. The Oline is still nasty and excels Taylor’s game with ease as well as a sleeper defense that may be overlooked. Very good team, and good job of knowing how to develop and support a true superstar.

I just first off wanna say that this team is by no means bad, or even above average, they are definitely one of the better teams in PML. The team is an extremely high end B tier side, featuring a very well developed version of the Cowboys current roster, and some newer additions, as well as some stud draft picks. The team is probably as a whole better than some of the A tier teams, but this list is based on developing a roster from start to end, so because the Cowboys already start out pretty good, other rosters that are similar in rating get an edge over Dallas because they started out much worse. Don’t get me wrong though, this is still an excellent rebuild, and a borderline A Tier team.

Wow, wow, wow Tua is a STUD. Not only Tua, but Rashod Bateman is a weapon complemented by Preston Williams to create a potent Miami vertical threat. That is just the passing game though, as Breece Hall has developed into one of the league’s best backs. While the Offensive line is a bit below average, it will still get the job done in the league. The Dline also lacks a true beast of a pass rusher, but the linebacker and DB’s are flawless and provide some real stars in the league. Great job with Miami!

I am extremely impressed with what Philly has ecime in this cfm, considering the horrible cap situation that they come with. The offensive skill position players are amazing, featuring Miles Sanders, Jalen Reagor, and Keke Coutee, who have all been developed into ELITE players at their position. The secondary is also very scary, with 2020 mid round rookies Davion Taylor and Kvon Wallace becoming stars in PML, as well as a very underrated defensive line headlined by Fletcher Cox, who is still playing good football at age 33. Considering the cap constraints of Philly, this rebuild is beyond excellent.

Breakfast Show! Que From The Lue?

Atlanta as a whole is just average compared to the rest of the league. A 90 rated Micale Cunningham is very cool, as well as a Todd Gurley who has completely revamped his career, but the rest of the team is very average. Calvin Ridley is a stud, along with Justin Shorter, but aside from the offense, the defense is extremely lacking, and for sure a D tier defense. The Oline is far from anything special, but there is for sure more good than bad on this Atlanta team, but it just could’ve been a bit better.

This is another situation just like Dallas, but with the team being very good from the jump it was hard to make them A tier. The team is however very good, and they have certainly found their franchise guy. Trey Lance has become the face and leader of this Niners team, as well as Leonard Fournette and Jordan Wilmore teaming up to give this team an underrated running back due. The only flaw in the offense is the team really lacks a true X receiver that is 90+, while some other teams have 2, sometimes even 3 90+ rated receivers. Unlike most teams however, the Niners offensive line is very good and helps to provide a good rushing attack. The Niners also have a monster defense, featuring my top pick for PML’s best front 7, an above average group of DB’s. Great job with the Niners!

New York is officially back to their old ways, as they are one of the best rosters in PML. Offensively the team is in the conversation for the League’s best, featuring the one and only Saquon Barkley, as well as an above average receiving core, and one of PML’s best offensive lines. Defensively all looks great aside from the linebackers. In my opinion, the linebackers on this team are the only thing holding the team back from being S Tier, aside from Lorenzo carter. The Dline and DB’s are very good and above average compared to the rest of the league. Samson Ebukam and Sidney Jones are guys that have come out of nowhere to become defensive monsters, and also considered as some of the more elite players in the league. New York boats an excellent roster, Awesome Job!

Teams are listed from best to worst in each tier from left to right on the Tier List.