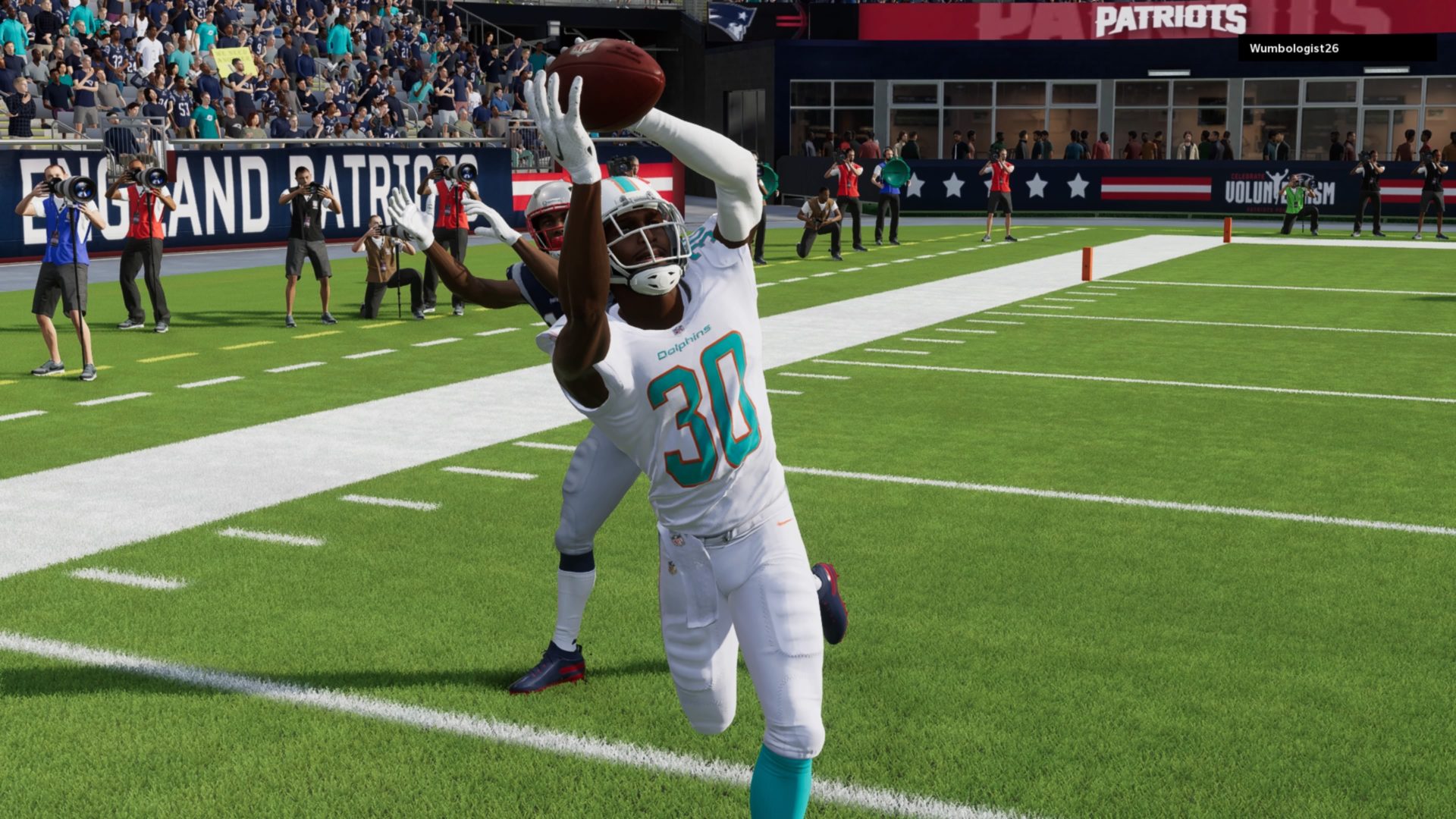 The New England Patriots Pressed their Way to a Blowout.

The Miami Dolphins traveled to New England to take on the Patriots in what was expected to be a very close game. The Patriots drafted quarterback Mac Jones in the first round and he was able to win the starting position over former quarterback Cam Newton. His release was a surprise to most outside of the organization, but it is rumoured that Cam asked to be released, so that he could start for another organization this season.

The Patriots won the coin toss and deferred to receive the ball first in the second half. The Dolphins had an aggressive game plan in place that specifically targeted the Patriots’ cornerbacks in one on one situations. The Dolphins first two offensive plays were deep down the field, but they were unable to convert both of them. Tua laid a beautiful pass to a wide open Jaylen Waddle who let the ball hit the back of his jersey before turning around to locate it on the first play and then Waddle dropped another deep streak the consecutive play. Tua was sacked on third and long and the Dolphins first drive was bogged down by their own mistakes. The Patriots hoped to capitalize and they had a nice drive going that led them deep in Dolphin territory until Mac Jones threw to a well covered receiver and Mccourty was able to intercept the pass and run down the field for a touchdown. Mac Jones was rattled and never really was able to bounce back and keep his composure in the pocket. He ended up turning the ball over four times throughout the game. The Dolphins were able to convert those turnovers into points and ended up blowing the Patriots out of the water with a final score of 41-14.

The Tua to Jaylen Waddle connection was as dominant as expected. The Patriot corners pressed the Dolphin receivers whenever they had the chance, but it backfired. Despite the miscues on their first offensive drive, Tua found a wide open Waddle on a deep post for a touchdown early in the first quarter. Jaylen Waddle finished the day with 2 receptions for 141 yards and 2 touchdowns. Jaylen Waddle’s ability to get off the line of scrimmage with a quick release was called into question when he was drafted, however, he showed that his 97 speed is far superior to the 97 press rating of Stephon Gilmore. The Dolphins are going to want to continue to spread the ball around to avoid injury, but it is expected that Jaylen Waddle will be in the rookie of the year discussion at the end of the season.

Tua had a list of injures that slighted his draft stock. He experienced multiple ankle sprains, a quad sprain, a knee sprain, a hand/finger fracture, and a hip sprain that ultimately ended his college season in 2019. In his first year with the Dolphins, he experienced a hand thumb sprain and for all of these injuries, EA gave him a 84 overall injury rating. He was only sacked once against the Patriots and he finished the game 12 of 19 for 241 yards, 3 touchdowns, and 1 interception. He completed 63% of his passes and had a 124 QBR. Tua was precise with his throws and didn’t put the ball in jeopardy. His lone interception came from a botched comeback route by Will Fuller. It was a third and medium and Fuller didn’t stop quite long enough leading to a Patriot defender undercutting the route. The Dolphins had 357 yards of total offense against a defense that was highly coveted coming into this game.

The Dolphins compiled 133 yards on the ground and halfback Salvon Ahmed led the team with 106 yards on 19 carries. Ahmed also led the team in receptions. He caught the ball 6 times for 49 yards. He is going to be crucial in the Dolphins short passing game. Ahmed is shifty and has the ability to take a five yard catch all the way down the field for bigger yardage. He is also going to be an outlet for Tua who we expect to be under a lot of pressure against teams with a dominant pass rush.

Next Gen Stat of the Week – We will be highlighting the most impressive next gen stat in each game for the Dolphins this season. In the play that we described early on in the article. Tua found Jaylen Waddle on a deep post for a touchdown. During this play, there was 60 yards of complete air distance. It is an impressive stat line that shows Tua’s arm strength and the potential deep play ability that this Dolphins offense could threaten opposing defenses with at any time.

Jason Mccourty was the thorn in Mac Jones side all game long. He had two solo tackles, two interceptions, and one touchdown. His defensive performance was enough for the league to reward him with Defensive Player of the Week honors for week 1. The Dolphins face off against the Buffalo Bills in week 2 and they will need all of their players at their best in this game. Josh Allen is one of the best young quarterbacks in the league and his legs are just as dangerous as his arm strength. The Dolphins are going to have to contain Allen and force him to make bad reads. Tua is going to also have to play at the highest level that he can, but with Jaylen Waddle and Will Fuller at the line of scrimmage, it should help back off the Buffalo defenders.