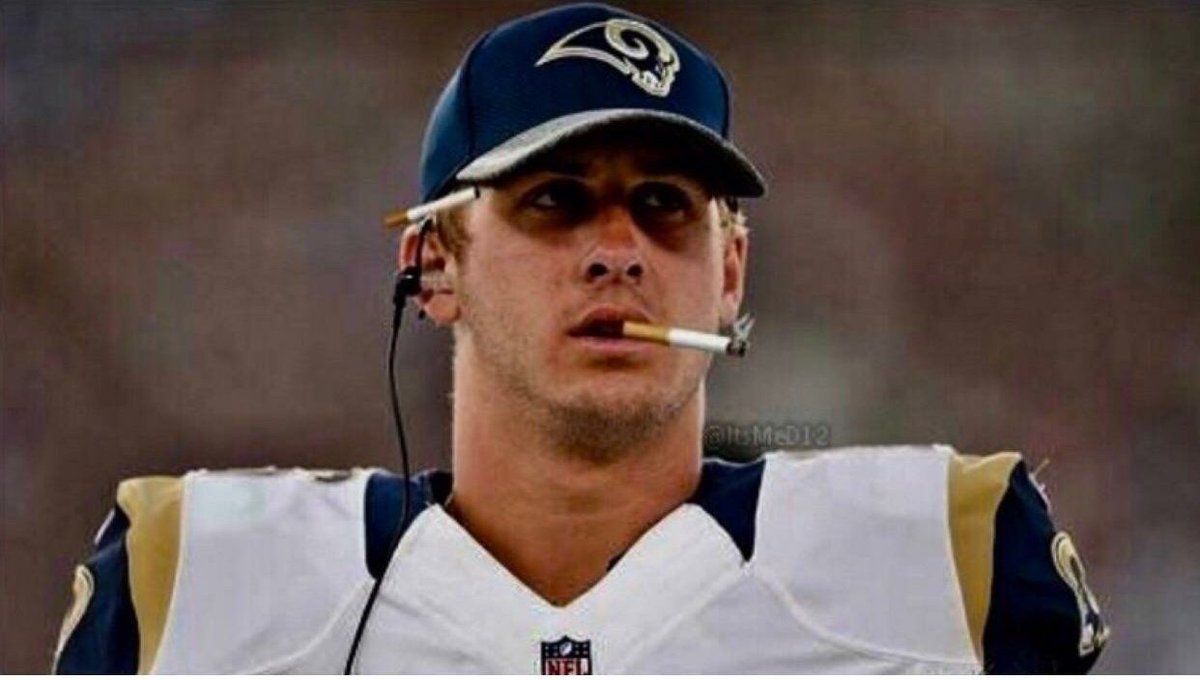 The Detroit Lions front office went into this season knowing Jared Goff was not their guy. The front office was in trade talks from in the offseason about moving him and possibly getting another QB to replace him. Hypemike has built an amazing coaching staff in LA and brought his staff over to Detroit to try to work with Goff.

Some members of the staff commented on Goff as being “incapable” and “not mobile”. After an atrocious Week 1 performance Jared Goff was a wanted man in Detroit. There was an APB out for him and security had to protect him from the public. Jared knew he was gone before Week 1, but then he knew for sure he was done when he literally became a wanted man for throwing 4 INTs in Week 1.

The newly hired Detroit coaching staff likes dual threat QB’s so they can really have a great running game. I mean they groomed Justin Herbert into being a top 10 QB within a year. Jared Goff is someone who cannot run read options and defenses pay him no mind in the running game. He is a pocket passer who fits in many systems, but not the one in Detroit. There were rumors the front office was in talks into getting Jordan Love, Teddy Bridgewater, and Deshaun Watson. Those rumors became reality this past week.

Jared Goff has been traded to the Washington Football Team. This is the perfect coaching staff for Goff to have a sense of rebirth. The front office in Detroit actually feels like they did Goff a favor by trading him there and not to a worse franchise. Pretty ironic that they think that….but anyways Goff will thrive in Washington. The coaching staff there suits game managers and Goff is the perfect one there. We expect Washington to be a dangerous team with a capable QB for the play action game. So, this leaves the question, who will be QB for the Detroit Lions?

At 2PM, the answer turned out to be Deshaun Watson. The Detroit front office was talking with Houston for weeks and they finally closed a deal. Hypemike was telling the media “Deshaun is here!” and he tweeted a picture of Watson. The public was in shock that a deal was finally made for the Superstar QB. The deal involved Detroit sending 3 of their 4 first round picks for the next two years, Jonah Jackson, and their best CB Amani. This is a haul, but it is for a top 10 QB in the league. Detroit feels like they could develop talent around Watson like they did with Herbert. The staff turned Rico Gafford and Reggie Davis into superstar WRs… why not do it again? The offensive line took a big hit in losing Jonah but it will be solved in FA and the draft most likely. Amani knew he was on a short leash when Detroit signed 2 CBs, so they just had to get value out of him or they’d lose him for free in FA. This trade really shakes up the balance of the NFC, are the Lions a contender now?

Turns out the Lions are not a contender. At 3PM Deshaun Watson quoted Hypemike’s tweet saying “this is fake news”. Rather than make the deal of a lifetime, Hypemike was publicly shamed on Twitter for thinking a trade was done when it was not. Apparently, everyone in the Houston front office approved of the deal except the most important man himself…the executive! This is completely embarrassing and devastating. Rather than have a franchise QB, Hypemke is stuck with some QB who just got signed off the couch last week. Now the balance is back in the NFC and the Lions are back to being who they truly are…the Lions. The question is are the Lions going to solve this through the draft or try to reopen talks about Watson? Either way this staff is in a terrible situation and we shall see how they will work with it.