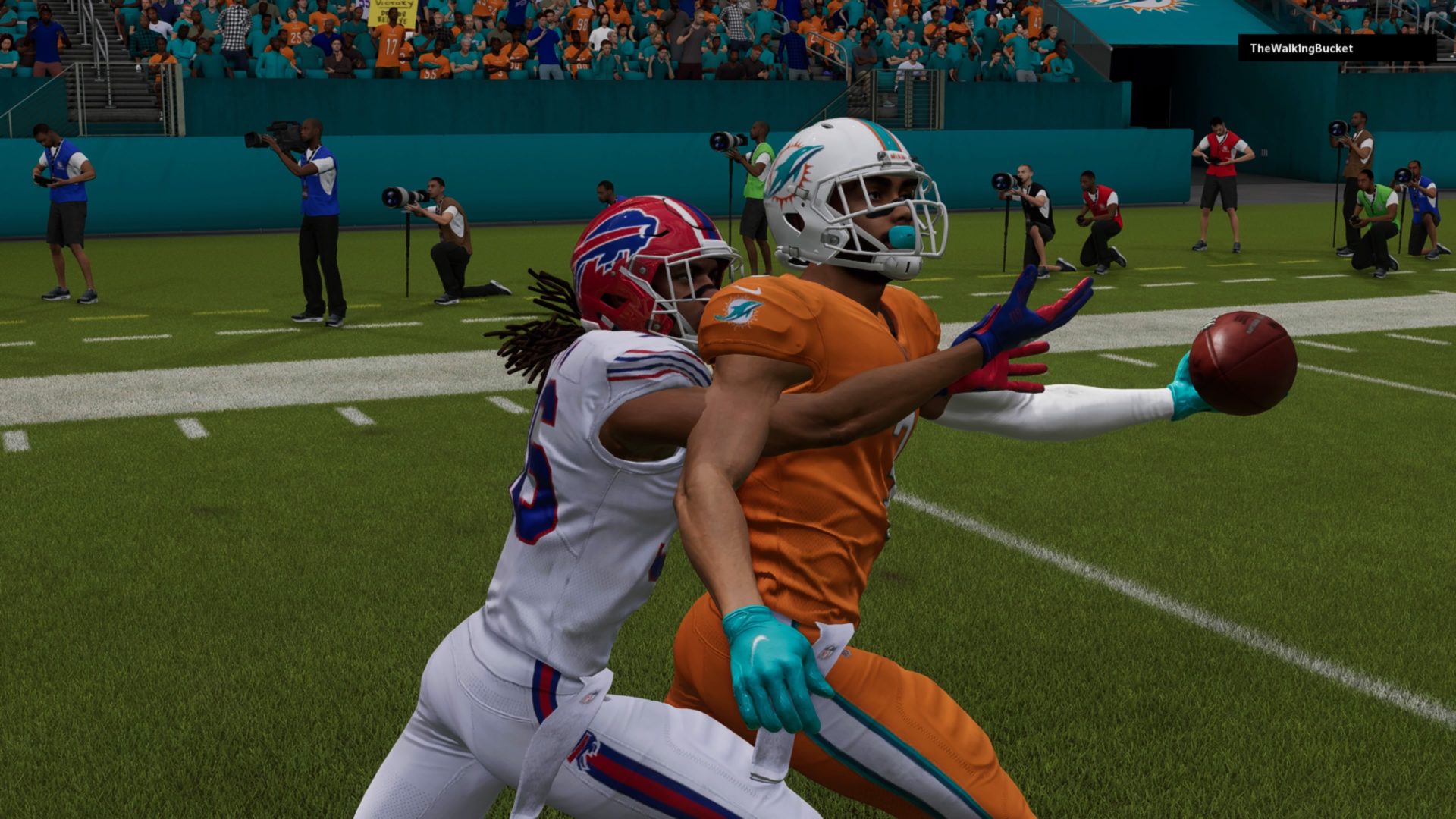 The Miami Dolphins hosted the 1-0 Buffalo Bills in week 2. The Dolphins were coming off of a blowout victory over the Patriots and the Bills were equally successful against the Steelers. The Dolphins offense took a huge blow on the very first play of the game. Coach Fallen dialed up an inside run out of a three wide receiver formation that had Jaylen Waddle in the slot. Waddle took it upon himself to run towards the pile and throw a block against a Bills defender that wasn’t anywhere near the play. Waddle threw a cheap shot that pinned his body against the Bills defender and sent Waddle to the ground. The training team came onto the field and they had to cart Waddle to the sideline. In less than two plays later, Waddle was diagnosed with a foot fracture and he was ruled out of the game. The Dolphins had to adjust for this mishap, but it definitely threw Coach Fallen into a spiral that he never really recovered from. The Bills were able to get out to an early 10 point lead and despite a hard fought comeback, the Dolphins ended up losing 30-21.

The Dolphin offense became very predictable after the injury to Waddle. They were able to remain balanced between the run and pass game against the Patriots, but against the Bills they became a pass heavy offense that only ran the ball 7 times for 12 yards. Tua completed 19 of 28 attempts and threw for 397 yards. The Dolphins were only able to score one offensive touchdown. They were bogged down in the redzone and had to settle for three field goals. The Dolphins had their share of problems in the first two games, but one of the biggest issues has been their ability to convert on third downs. The Dolphins are the worst team in the league when converting third downs. They are 3 of 17 on third downs in the first two games and they also are the most penalized team in the league. They have been penalized five times for 56 yards. The Dolphins have struggled with injuries, but that has been a league wide phenomena. Despite the struggles on offense, the defense for the Dolphins were able to keep this game close enough up until the final minutes of the game.

Josh Allen and the Buffalo Bills offense drove down the field at will throughout the game until midway through the third quarter when the Dolphins defense made a huge stop on fourth down. The Bills decided to forego kicking the field goal and went for it on fourth and short, but the Dolphins were in a cover 2 flats coverage and Xavien Howard broke on a ball that was thrown to the halfback in the flats. Howard was able to run down the field and score a touchdown to bring the game within one score. Xavien Howard finished the day with two solo tackles, an interception, and a touchdown.

Next Gen Stat of the Game -There was under a minute remaining in the game and the Dolphins were down 30-21, but Tua was able to find Will Fuller uncovered on a streak that put them in the redzone. Tua’s arm strength was once again on display because he was able to throw the ball and cover 70 yards in the air. Tua has shown moments where he looks like a franchise quarterback, but there are other times where he doesn’t seem comfortable in the pocket and holds the ball for far too long. Tua was sacked five times in this game and most of the sacks came in the first half but Coach Fallen was able to adjust at halftime. He informed his offense that the most important thing for them to do to comeback in the game was to protect their quarterback.

The Dolphins will look to bounce back against a very good Raiders team next week. The Raiders will be coming into the game at 2-0 and they’ve had decisive victories over their opponents in the first two weeks of the season. The Dolphins are not protecting the ball or their quarterback very well in the first two games this season. Tua’s injury history has to be on the mind of Coach Fallen. He is going to have to start keeping more blockers into help if the offensive line of the Dolphins cannot protect Tua. The Raiders haven’t really gotten after the quarterback all that much in their first two games, but their defensive line is still ferocious and not to be underestimated.