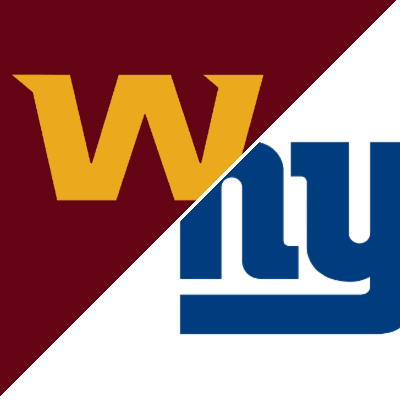 After an exciting finish to an extraordinary game in week 1, the Giants head over to Washington in week 2. Golladay’s three touchdown performance in week 1 inspired teammate Darius Slayton after the game. After talking with head Coach Burn, Slayton was given a challenge for week 2, while Golladay received a xp bonus for inspiring his teammate. Slayton was challenged to get 150 yards receiving versus Washington. Coach Burn told Slayton that he would tailor the Giants offensive game plan in order to assist Slayton in achieving his goal.

If the first play of the game was an ominous sign for the Giants, then I don’t know what is. On the first play of the game, Jones rolled left, looking to get the ball to Slayton on a crossing route, only to be hit, and throw a lame duck interception. The Giants defense stepped up after this, limiting The Football Team to only three. On their next possession, the Giants drove down the field to the goaline, with a combination of runs and passes. On second and goal, Jones threw a high pass to Slayton in the endzone that was intercepted for a touchdown. Jones assumed that Slayton would be able to jump over the defenders, however, he threw a bad pass. After this, and for the rest of  the game, the offense would be stalled by Jones throwing interception after interception and their defense would give up touchdown after touchdown. The only positive that was taken from this game was that Slayton met his goal, ending the game with 158 yards receiving. He would get a permanent boost to his catch in traffic for his troubles.

Some would ask why the Giants would tailor their offense to a pass offense, versus one of the best front sevens in the league. When asked this question after the game, Coach Burn stated, “We tried to get Slayton his yards, as well as win the game, and this gave us the best chance to do both.” Coach Burn would be criticized after this game, being called stupid for not using his best player, as well as, trying to pass with the bad offensive line the Giants have assembled.

Daniel Jones and the Giants offense was terrible. They took the opposite approach of week 1, trying to force the pass to one player and it cost them dearly. Jones, given the handicap, had his worst day as a Giant throwing for 294 yards and 6 interceptions on 34 pass attempts. Barkley’s number wasn’t called nearly as much as it should have, as he ended the day only rushing for 50 yards on 11 attempts. The Giants had success when handing the ball off, but they stuck with their gameplan and we all saw the result. Slayton had a big day, catching 8 receptions for 158 yards. This is going to be one of those games where at the end of the year you look back and you ask yourself, “ was the game plan goal worth it?”

The defense that was able to contain the Broncos passing attack, got absolutely demolished all game. What words can you have when you let journeymen quarterback Ryan Fitzpatrick throw 4 touchdown passes on only 12 completions. Adoree Jackson and James Bradberry are supposed to be the shutdown corners the Giants paid for.  In this game, both got destroyed by Terry Mclaurin on a variety of routes. On one play, Jackson was beat by a mile, on another it looked as if Bradberry just gave up. If this is the kind of performance the Giants can expect from these two then they will be looking for another corner at the top of the draft in the offseason.

As we can see, this game compared to week 1 were complete opposite sides of the coin. The Giants are hoping that their team plays more like week 1 in the future, otherwise it will be bad news and another waste of a season for Coach Burns’ club. Up next the Giants will host the Atlanta Falcons.