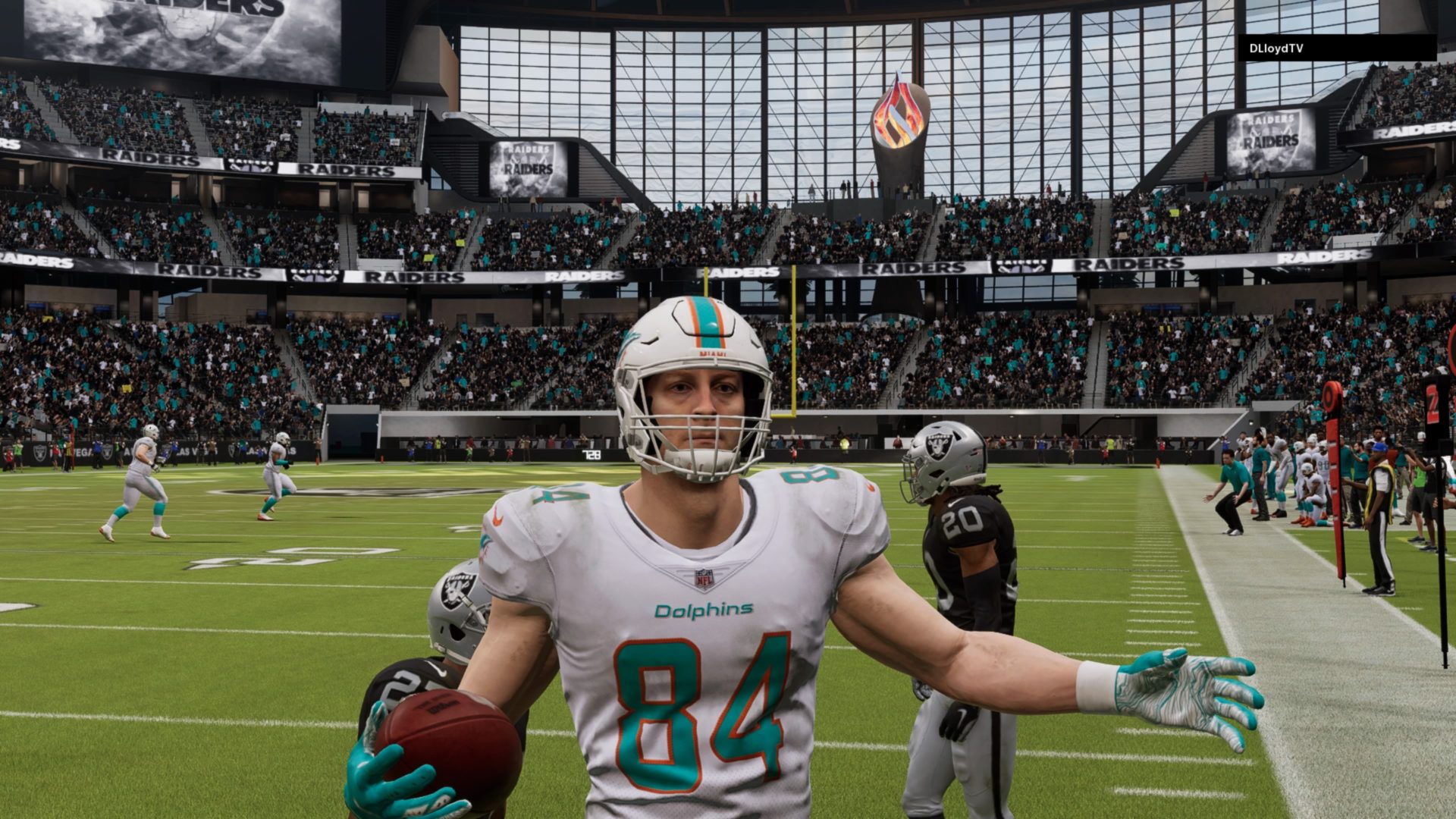 Meltdown of the Century!

The Dolphins marched into Las Vegas with the hopes of righting the ship and putting the loss that they were given last week to bed, but misfortune followed them despite a positive first half that led to disaster. Tua Tagovailoa was visibly frustrated after marching down the field only to throw an interception on the first drive of the game. The Dolphin defense was able to hold the Raiders to just 10 points for majority of the first half. The Dolphins were up 14-10 with just under two minutes left in the second quarter when Salvon Ahmed took a violent hit and fumbled the ball. The Raiders were able to capitalize and take a 17-14 lead. Coach Fallen wanted his offense to bounce back and take the lead, so he developed a set of plays to march the ball through the air. Tua was distracted by the deep coverage of the Raiders and drifted to the right side of the pocket. He was stripped of the ball and the Raiders scored again. The Dolphins allowed the Raiders to score two touchdowns in under a minute and going into halftime, the entire Dolphins sideline were in shock. Tua was beside himself and it was written all over his face. The Dolphins tried to bounce back, but ultimately they turned the ball over eight times throughout the game and lost 55-21.

Tua completed just 59% of his passes. This was his worst game of the season so far. He threw for 349 yards, 3 touchdowns, and 6 interceptions. He also had one fumble that was recovered by the defense. Will Fuller stepped up against the Bills last week and he doubled his touchdown production against the Raiders but finished the game with 3 catches for 70 yards and 2 touchdowns. Salvon Ahmed led the team in catches (9 for 123 yards) but he also fumbled the ball twice. Tua was rattled all game long, but Ahmed was his go to underneath when the pocket started to collapse. The Dolphins offensive line allowed less sacks this week, but the pressure on Tua in this game was equally as aggressive as it has been all season long. The Dolphins are going to have to adjust with shorter route combinations or get a lot better in the trenches.

The Dolphins rushed the ball 13 times with Salvon Ahmed, but he only managed 35 yards on the ground. In the last two games, Ahmed has only managed to rush for 47 yards for after putting up a 100 yards outing in week 1. The Dolphins have gotten off to a slow start in weeks 2 and 3, but that is still no reason for the lack of a rushing game. The defenses that are opposing them are able to sit back knowing that the pass is coming and it has hurt Tua’s ability to fit the ball in windows that should be less crowded. Ahmed’s two fumbles didn’t discourage the coaching staff and they still have full confidence in him moving forward. Myles Gaskins is still the change of pace back, but we should still see Ahmed operating as the team’s bell cow against the Colts in week 4.

The Dolphins star tight end Mike Gesicki was rumoured to have gotten hurt in pre-game warmups but it wasn’t reported until after the Raiders kicked the ball off. Jakeem Grant is the returner for the Dolphins but he called for the fair catch considering the ball was kicked deep in the endzone. Gesicki was unable to comment on where his injury took place, but he was able to assure that he plans to play next week against the Colts. In his place, third round draft pick Hunter Long was called to start. Long caught 3 passes for 51 yards and 1 touchdown. Long was extremely excited about scoring his first touchdown but he commented that he would have preferred that he was able to help his team win the game. The Tua to Will Fuller connection was again this week the most impressive next gen stat of the game. Tua’s strike to Fuller completed 65 air distance yards but Tua’s arm strength isn’t what critics are questioning. They are now beginning to question his ability to protect the ball. His accuracy hasn’t been off, but his decision making has to get better. Most of his interceptions this season have been in situations where the defensive players are able to step in front of his intended receiver. The Dolphins travel back home in week 4 and welcome a 3-0 Indianapolis Colts team that look like super bowl contenders. The Dolphins will have to do everything right and hope for some luck if they are to get back into the win column in week 4.

The first mock draft of the season has come out and the Dolphins do not own their own first round selection. They own the San Francisco 49ers first round pick and in the mock draft are set to select a player at pick 25. The Dolphins are hoping that the 49ers spiral out so they can select higher in the draft, but analysts have them selecting MLB Christian Harris out of Alabama. Harris has been praised for his ability to hit the ball carrier in the mouth. His coverage and ball skills are among the best in the class, he’s a three down linebacker, and has the poise to avoid getting penalized. Harris is a great prospect, but it’s not where was see the Dolphins needing the most help. MLB Jerome Baker has been playing spectacularly this season and he is a cornerstone for the Dolphin defense. It’s possible the Dolphins aim to address the offensive line and try to get younger at the corner position in the draft. We will see how the big board for the Dolphins goes up and down as the season progresses.