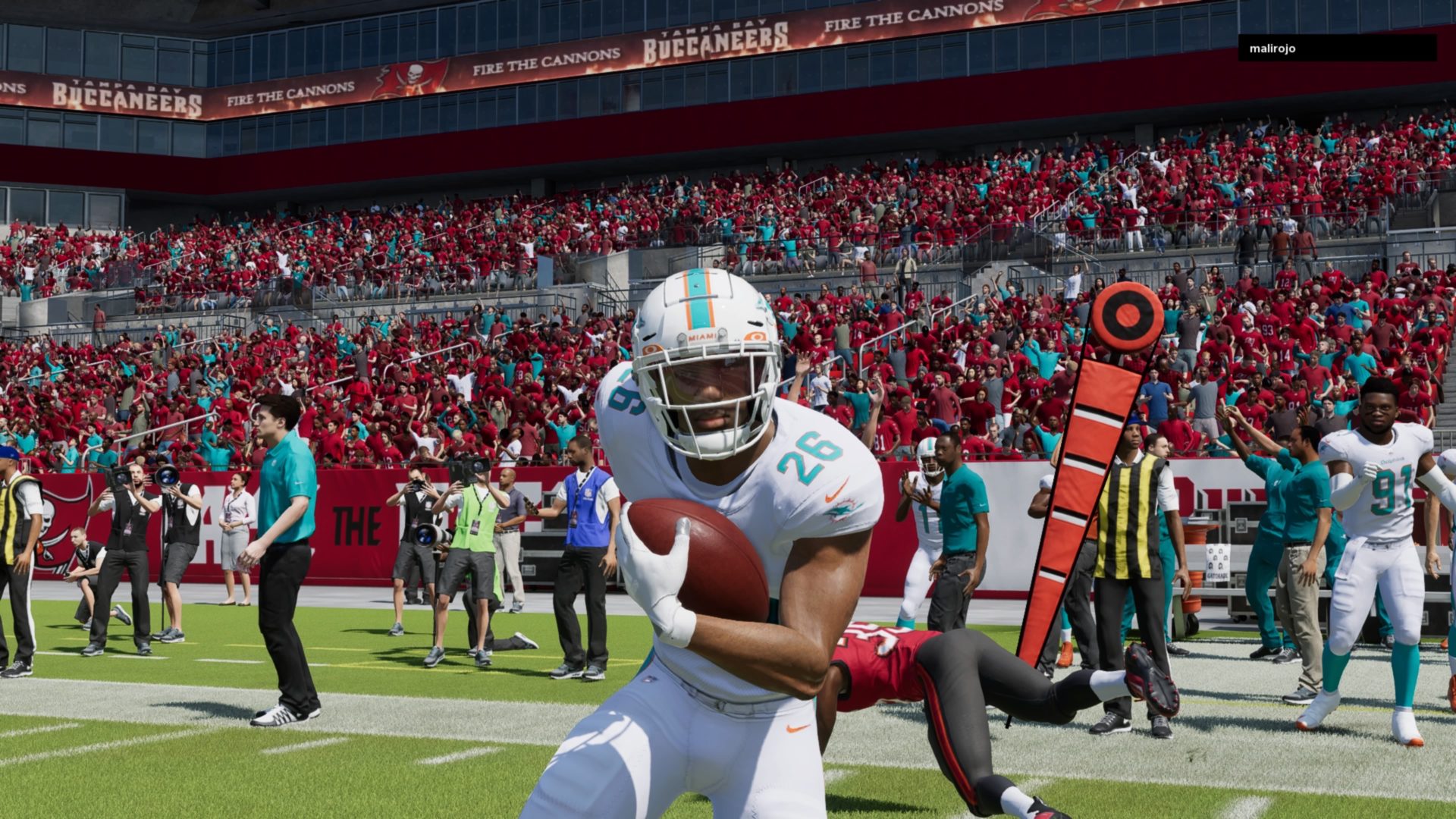 The Dolphins Losing Streak is Over!

The Miami Dolphins traveled down to Tampa Bay to take on the Buccaneers hoping to get back into the win column. Coach Fallen wanted his offense on the field first, he knew that he had to strike quickly if the Dolphins wanted to outscore Tom Brady. The Tampa Bay Buccaneers are ranked third in offensive passing yards and eighth in total yards and while the offense has been able to move the ball, the Tampa defense has struggled to stop opponents from scoring. The defense ranks 30th when stopping the pass, 25th against the run, and 29th in total yards allowed. The Dolphins were able to take their first possession to the house and get the quick lead. Tua Tagovailoa was able to find a well-covered Will Fuller on a deep streak for a touchdown. The Tampa Bay defender was in position to pick the ball off, but he stuttered just slightly and it was enough for Fuller to run past him. Will Fuller has been putting on a show since the injury to Jaylen Waddle. In week 1, he only had 1 catch for 24 yards and a touchdown. Since then, Fuller has caught 12 passes for 362 yards and 4 touchdowns leading up to this game against the Buccaneers. For his efforts, Fuller was rewarded with a breakout story where he was challenged to score three touchdowns or gain 150 passing/rushing yards. Tua targeted Fuller early on in the game and he helped lead the Dolphins to a 34-13 victory. Will Fuller had his best game so far this season where he caught 11 passes for 167 yards and 3 touchdowns. Jaylen Waddle is expected to be back in the lineup next week, so it will be interesting to see which of the two speedy receivers will get the most attention going forward.

The Dolphins have had to rely on their passing game in order to keep them in most games since week 1 and their rushing game has taken a backseat because of it. They were able to remain balanced against the Buccaneers and it helped Tua be as efficient as we’ve seen him all season long. Tua has only been able to complete just over 60% of his passes through the first four weeks of the season, but he was able to complete 84% of his passes against the Buccaneers. He completed 22 of his 26 attempts and threw for 301 yards, 3 touchdowns, and had 1 interception. His interception was intended for a wide open Will Fuller coming across the middle of the field, but Tua was hit as soon as he released the ball and the pass fell into the waiting arms of Antoine Winfield. Salvon Ahmed also benefited from the balance of the Dolphins offense. He had 20 rushes against the Buccaneers for 105 yards. His longest run was for 22 yards, but most of his yards came from the open holes that the offensive line created for him rather than from broken tackles. He also caught 5 passes for 79 yards. He is leading the league in receptions with 37 and he is on pace to amass 1000 yards through the air. The Dolphins offense will have to be just as efficient next week against the Jacksonville Jaguars who are coming off their first loss of the season. Coach Fallen dialed up a play action play that was meant for Jakeem Grant coming across the middle, but the Buccaneers played the deep pass excellently. Tua was able to find a wide open Salvon Ahmed underneath in the flats and Ahmed made two Tampa Bay defenders miss and he ran 40 yards down the field. This play was our next gen stat of the game. Salvon Ahmed had 41.8 yards after the catch on this play and it set up a touchdown that gave the Dolphins a 24-13 lead early in the third quarter.

The Dolphins defense was tasked with the impossible feat of holding Tom Brady from moving the ball down the field and they were up to the challenge. Brady was able to get into the zone early when he marched his offense down the field to the one yard and Ronald Jones ran the ball in. However, after that initial score, the Buccaneer offense couldn’t get back on track. Brady finished the game only completing 60% of his passes. He threw for 262 yards, 0 touchdowns, and had 4 interceptions. The Dolphins had four different defenders intercept passes but outside linebacker Andrew Van Ginkel impressed the most in this game. Van Ginkel had two solo tackles, one sack, one interception, and one touchdown against the Buccaneers. Van Ginkel is tied with Deforest Buckner for the most sacks(5) in the league. The Dolphins ask a lot out of Van Ginkel. He will play outside linebacker in their base 3-4 package, sub linebacker and on the defensive line in their nickel packages, and sub linebacker in their dime packages. The Dolphins drafted outside linebacker Jaelan Phillips in the first round hoping that he would be their next superstar pass rusher but he hasn’t quite developed as they planned. However, he did get his first sack of the season against the Buccaneers. His biggest challenge is staying on the field. Phillips has gotten hurt in almost every game this season, but usually is able to return to the game after a quarter or so.

The Dolphins were stuck again with an injury to starting tightend Mike Gesicki. The star tightend was blocking on a wide receiver jet sweep and was blocked low. Gesicki has a torn labrum that will keep him out for the next three games. He is set to return in week 9 against the Houston Texans. The Miami Dolphins have to travel to Jacksonville in week 6 and they are in store for an uphill battle. The Jacksonville Jaguars are 4-1 and one of the hottest young teams in the league. They will need to hold rookie sensation Trevor Lawrence to his worst game this season in order to come on top in this game.