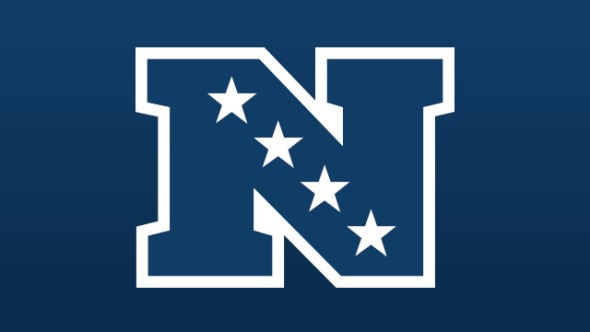 Four weeks of Premier Madden League football have come and gone. We are officially onto week 5 of the season and we are here to check who is leading each division and who is officially the bottom feeder of each division.

Leader: Washington Football Team (2-2) – Technically all the teams in the NFC East are tied with the same record at the moment, however, the Football team demolished the Giants in week 2 so they are at the top. This division is about the most equal in terms of talent, skill, and record. All four teams have a shot at the title, however, Washington will not let it go easily. They have one of the best rushing attacks, as well as a top ten defense in most statistical categories. Any team who comes from the East will have earned their spot.

Bottom: New York Giants (2-2) – The Giants have had a very unusual season thus far. They are not playing to their strengths which is giving their superstar running back the ball. They are literally last in the league in rushing the football. I know their  offensive line is statistically one of the worst in the league which hasn’t helped,  however, if they want any shot at winning this division then Barkley needs to be given the ball, end of story.

Leader: Los Angeles Rams: (3-1) – The Matt Stafford experiment has officially been a success to start the season. The Rams traded a lot to get him, and he is a big reason for their successful start. The Rams defense is first in  yards given up in general as well as second in rushing yards given up. The defense has two key superstar leaders who know that it is a win or bust year for them as they have no first round picks this offseason.

Bottom: Seattle Seahawks: (0-4) – No one and I mean no one could have predicted that one of the best offenses on paper would start the league at 0-4. The Seahawks locker room is buzzing with disappointment and a lot of finger pointing is at the head coach. We’ve heard rumors that veteran linebacker Wagner could retire mid season if things don’t shape up. We also heard that due to Wagner telling the coach he would possibly retire, he was stripped of his gear and given basic equipment. If you ask me, that’s not a smart move if you want the guy to stay.

Leader : Green Bay Packers (4-0) – The NFC North has been the best division in the NFC so far this season. Aaron Rodgers has the Packers clicking as they are first in passing yards, first in general yards and second in points this season. They have won by double digits in all but one game and we don’t see this train stopping anytime soon.

Bottom: Chicago Bears (2-2) – Even though they are at the bottom of the division, the Bears have played well this season outside of week one. They are ranked in the top half of the league in most statistical categories and will look to challenge the rest of their division for first place.

Leader: Atlanta Falcons: (3-1) – If anyone would have bet me that the Falcons would be in first place after four games this season, I would have lost easily. The Falcons, who don’t have the greatest roster, have outdone themselves in every game.  Matt Ryan has this offense clicking as they are third in the league in passing yards. The Falcons have played every team close this season, with all but one game reaching double digits. They have found ways to close out games, which if they can keep this up will propel them into the playoffs.

Bottom: Carolina Panthers: (0-4) – The Panthers defense is really holding them back each and every game. They have given up at least 38 points to their opponent in each game. They don’t have the offensive firepower to have shootouts every game so something has to give. I think they will run behind their star running back and fix up their leaky defense. Even though they are 0-4, in this division they still have a shot at taking the lead from the Falcons.

The NFC compared to the AFC as a whole is open for pretty much everyone. No team at this moment is out of the playoffs. Week 5 will be a very important week for the winless teams, as a win keeps you alive but a loss most likely will send  you on a one way trip to the couch. Some teams will be kicking themselves at season’s end for their performances, while some will be praising themselves for coming back and winning the division. We will take a look at the mid season point and see if any team has what it takes to take over their division or if they are still sitting low on the bottom.