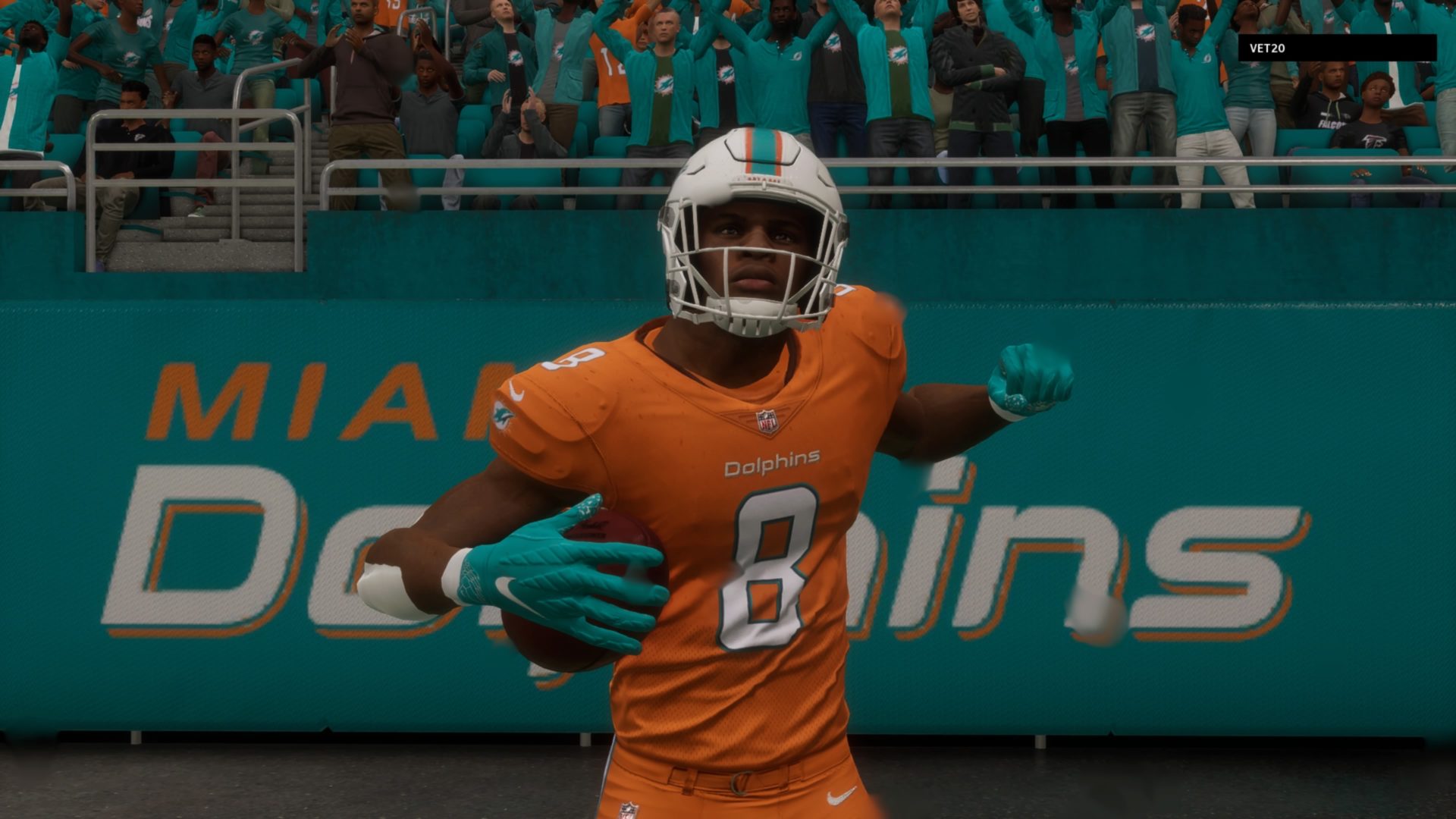 When it Rains, it Pours!

The Miami Dolphins started out on the offensive side of the ball and never looked back. The weather impacted this game more than the Dolphins or the Falcons believed. There was a downpour of heavy rain and 15 MPH winds all throughout the game. It made kicking the ball extremely difficult. When either team was kicking against the wind on kickoffs, the kicks would only make it to the 15 yard line and usually were directed towards the sidelines due to the direction of the wind. The Dolphins came out wanting to keep the ball on the ground and minimize potential turnovers in the passing game. Salvon Ahmed had a very nice 15 yard run to start the game, but the Dolphins were setback when one of their offensive linemen held a Falcon defender after Ahmed reached the second layer of the defense. The Dolphins were facing a 3rd and 16 on the 45 yard line and within the rain as heavy as it was, the smart play would be two call a safe underneath route that could break open or just settle for punting the ball and playing field position. Coach Fallen was ready for his offense to break the game wide open and designed a play that sent Will Fuller on a deep post pattern and Jaylen Waddle on a streak from the slot. Hunter Long and Devante Parker were decoys with underneath patterns targeted to bring the defense forward. The Falcons were in a cover 6 defense with a cover 4 look and Jaylen Waddle ran deep down the field past strong safety Duron Harmon who was playing a deep coverage assignment. The 86 speed Harmon was no match for the 97 speed Waddle and on 3rd and 16, the Dolphins were able to score a touchdown and it set the tone for the game.

The Falcons were able to march down the field at times, but the wind and rain really bothered their field goal kicker. The Falcons had reached the red zone twice, but came away with zero points. Matt Ryan threw an interception on one of their drives in the red zone and kicker Younghoe Koo missed a chip shot field goal that would have at least given the Falcons positive momentum to stay in the game. The Atlanta Falcons turned the ball over 7 times and by halftime, both the Dolphins and the Falcons were playing their backups in a game that the Dolphins ended up winning 41-0. Tua Tagovailoa completed 6 of his 8 attempts and threw for 212 yards, 3 touchdowns, and threw 1 interception. His interception was a forced error when he threw at a well-covered Will Fuller on a route designed to take advantage of the open space in the middle of the field. Deion Jones read the route perfectly and ended up stepping in front of Will Fuller. Jaylen Waddle has been able to spring together back to back performances that would have him in the offensive rookie of the year running had he not missed four games with the ankle injury. The Atlanta Falcons tried to blitz the weak Dolphins offensive line, but they left their corners one on one with the speedy Dolphin receivers. Jaylen Waddle had 3 receptions for 145 yards and 3 touchdowns. In the three games that he has played in this season, Waddle has 11 receptions, 403 yards, and 7 touchdowns. We also had a Jacoby Brisset sighting in this game. He completed 2 of his 3 attempts for 40 yards. Brisset is on a one year deal but with Tua being the clear starter for the Dolphins, it is unclear if the Dolphins will re-sign Brisset in the off-season.

The Dolphin defense has played lights out the past two weeks allowing just 7 points versus two playoff caliber teams. Safeties Jevon Holland and Jason McCourty intercepted two passes each while Xavient Howard, Noah Igbinoghene, and Andrew Van Ginkel each had one interception. Howard and McCourty have five interceptions and that leads all Dolphin defenders. Jevon Holland is a rookie safety that the Dolphins hope will develop into a superstar. He had his first ever interception in week one against the Patriots, but hasn’t had much of an impact in the passing game since then. Holland has three interceptions and 23 solo tackles on the season. Holland was able to take one of his interceptions into the endzone for a touchdown.

The Dolphins have a three game winning streak going after losing 3 of the first 4 games. They have allowed an average of 6 points per game in the timespan. We are 7 games into the season and the Dolphins rank in the top five for how many points they’ve allowed, but they need to improve against the rush. They have allowed a total of 779 yards on the ground which ranks as the 26th worst in the league.They are allowing an average of 111 yards on the ground per game. The Dolphins have a lot of youth in their front 7 with their defensive backs heading up as the veterans on the field. MLB Jerome Baker leads the team with 27 solo tackles, then FS Jevon Holland with 23 solo tackles, and CB Byron Jones with 19 solo tackles. Two out of the team’s three top tacklers play the furthest away from the line of scrimmage. If the Dolphins expect to get better against the rush, they will need to get better penetration on their defensive line. Defensive end Emmanuel Ogbah is a five year pro and has the most experience of the front end for the Dolphins, but his production this season is at an all time low. He has 7 solo tackles and just 1 sack so far. The Dolphins will need him to heat up as we get deeper into the season. The Dolphins did finalize a trade with the New Orleans Saints to bring RT Mitchell Schwartz to the team, but he was unable to get prepared for the game against the Falcons. It is expected that Schwartz will be in the lineup for next weeks’ game against the Bills.

The Dolphins take their 4-3 record and head to Buffalo to face off against the 4-2 Bills next week. The Bills edged out the Dolphins 30-21 in week 2, but the Dolphins believe they are better prepared to go up against Josh Allen and their rushing attack which ranks second in the league.