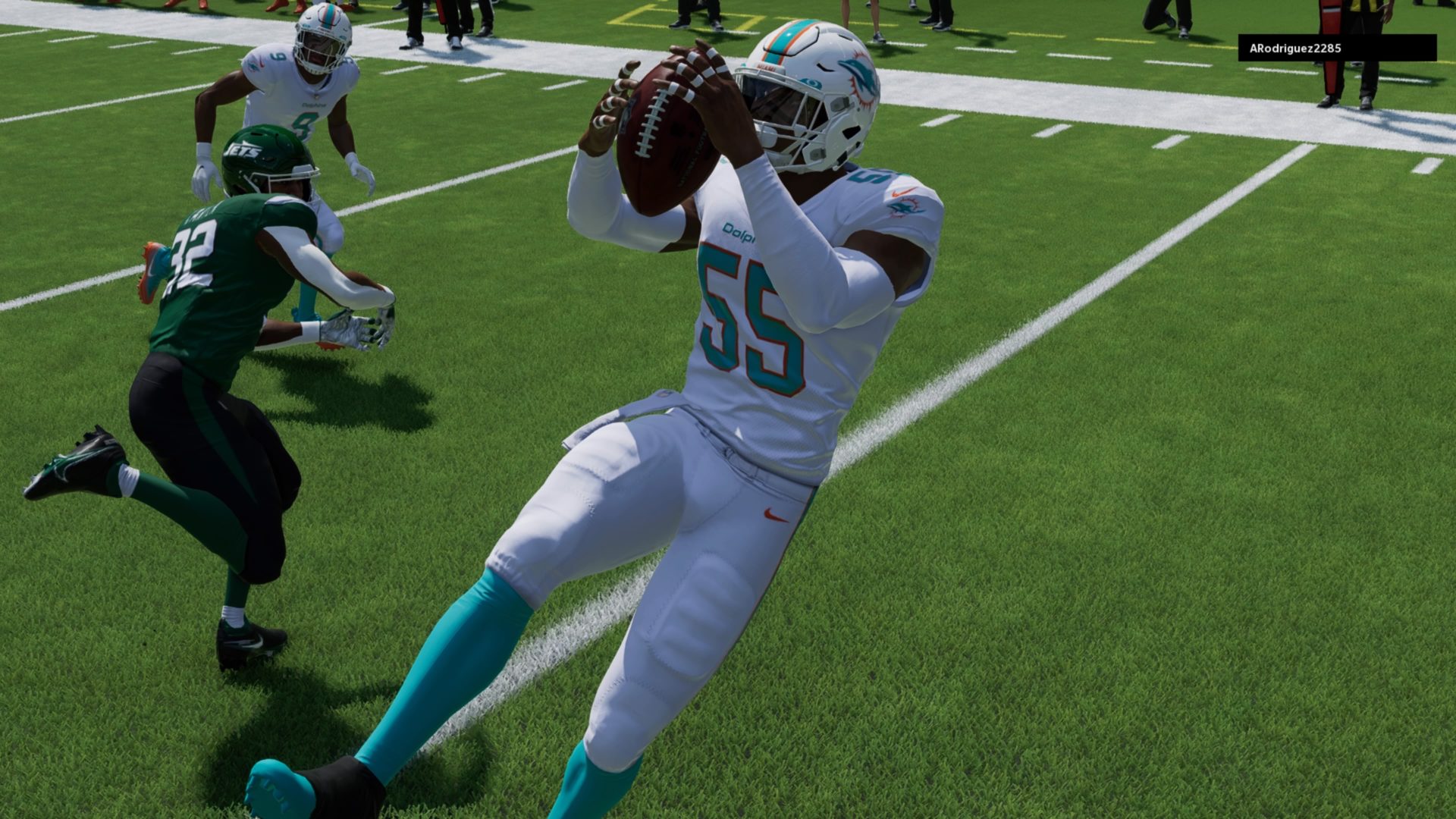 A Walk-off Field Goal for the Win!

The Miami Dolphins have had hot streaks and cold streaks this season. As the offense heats up, so does the overall success of the team. Tua Tagovailoa is statistically having a phenomenal season, but his turnovers have gotten the better of him in the past couple games. The Miami Dolphins were able to get out in front of the New York Jets after Will Fuller broke free against a Jets defender deep across the middle of the field for a touchdown. The Dolphins and the Jets went back and forth trading touchdowns, interceptions, and field goals. Miami turned the ball over five times (4 interceptions and 1 fumble) and New York turned the ball over three times (3 interceptions) but the Dolphins were able to kick the go-ahead field goal with no time remaining on the clock to win the game. Kicker Jason Sanders has not been automatic this season. He has only missed 1 extra point, but he has missed 3 field goals. Sanders has the power and the accuracy to kick from all over the field, but no kick this season was bigger than the one he kicked to win the game. Sanders and holder Jacoby Brisset were fired up after the kick went through the uprights. The Dolphins were rattled all week at practice while still feeling the effects of the devastating loss to the Ravens, but this was a hard fought battle that they needed to win in order to stay relevant in the playoff race.

We have seen the offensive coordinator for the Dolphins get away from the running game anytime opposing teams get an early lead and this game was no different. Once the Jets took a 14-7 lead, the Dolphins went into pass happy mode and while ultimately the Dolphins pulled out the win, Tua suffered. Tua completed 25 of 38 passes and threw for 406 yards, 4 touchdowns, and 4 interceptions. The Dolphins only rushed 11 times. Salvon Ahmed carried the ball 6 times for a measly 8 yards. Myles Gaskin carried the ball 5 times for 23 yards. The Dolphins have to be able to maintain a balanced attack. We have said it over and over again, but this isn’t the way to win in the PML. Jaylen Waddle led the team in receptions this week but the Dolphins pass happy offense does spread the ball around to all of their backs and receivers. The injury that Waddle suffered in the second week of the season has completely healed and it doesn’t appear to have limited his ability to stretch the field. Tua completed at least one pass to eight different receivers. Cethan Carter has been a terrific blocking fullback for the Dolphins but he was able to catch two passes against the Jets and he scored two touchdowns on those passes. Both of the catches were underneath off of play action and Carter was able to turn up the field after the catch, break a tackle, and run into the end zone. The Jets played a lot of over the top coverage and we expect many opposing teams to play similar coverage against the Dolphins speedy offense, so it’ll be important for them to take the underneath catch and rip off huge gains in space. The Dolphins allowed a lot of points in this game, but their defense came up clutch when they needed to.

Middle linebacker Jerome Baker was today’s player of the game. He had two solo tackles and three interceptions. Jerome Baker is a young linebacker that patrols the middle of the field for the Dolphins. He has had two previous interceptions this season, but this was his biggest contribution to the team so far this season. Baker is seen as one of the leaders for the defense of the Dolphins and as he grows, so will the talent around him on this defense. The Dolphins are 6-5 heading into week 12 and they host a struggling Carolina Panthers team. The Dolphins host the Panthers, the Giants, and then have off for their bye week in week 14. The Dolphins have the potential to be 8-5 heading into their bye week and in the driver’s seat of contending for the division and getting into the playoffs. Coach Fallen was asked by the media this week if his game plan is going to change against Carolina. Coach Fallen summed up that the game plan is going to change a thousand times throughout the game, but that the team has a plan in place for every possible scenario that could happen at any given time.

The Dolphins haven’t always been able to recover from their own mistake this season but they have been able to keep every game within reach outside of the game against the Raiders. Heading into next week’s game against the Panthers, halfback Salvon Ahmed leads the team in receptions and in carries. Coach Fallen is expected to limit Salvon Ahmed’s touches as we get deeper into the season to keep him fresh. Halfback Myles Gaskin is expected to start for the Dolphins the next couple of games while Salvon Ahmed will spell him periodically. Myles Gaskin has had at least one carry in each game this season, but he hasn’t been able to carry the ball for more than 31 yards so far. Gaskin doesn’t have the speed that Coach Fallen readily looks for in his players, but he does have the ability to catch the ball out of the backfield. Coach Fallen asks each of his running backs to run an array of routes that are centered on giving Tua an outlet in case he gets in trouble during his reads. We expect to see a lot of Myles Gaskin against the Panthers, but will the offense suffer after relying so heavily on halfback Salvon Ahmed so far this season. We were able to interview Ahmed after hearing the news of Gaskin taking over the starting job and he told us that he is a rookie, a team player, and he just wants to support his team in any role that his coach needs him to.