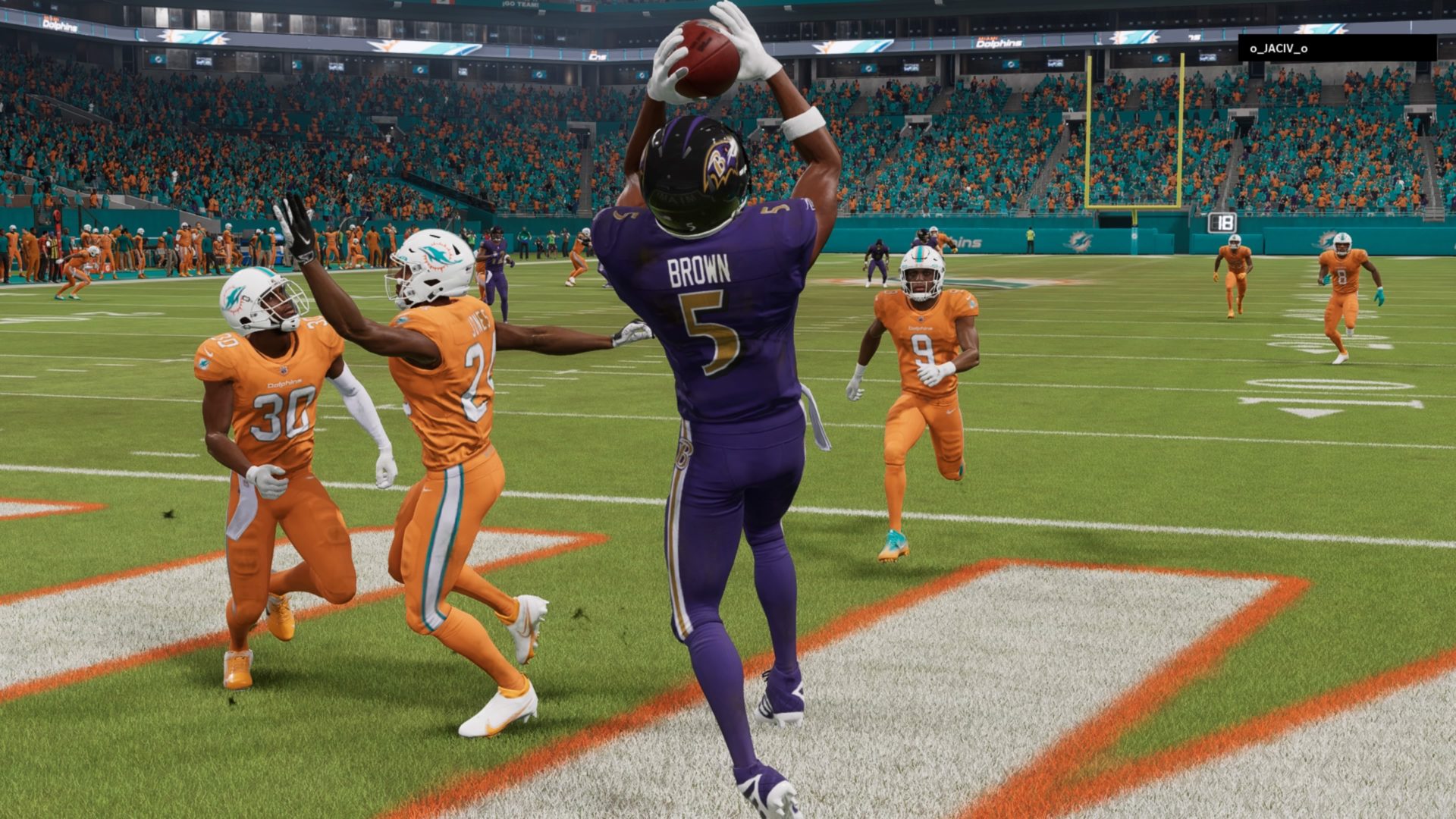 Dolphins Throw the Game Away?

The Miami Dolphins are an enigma this season. It has been 10 weeks into the season so far and we cannot tell if this team is talented enough to make the playoffs. They have gone on winning streaks and suffered from losing streaks this season, but this week’s game against the Baltimore Ravens is by far the biggest letdown and case of hot and cold if we have ever seen one. The new coach of the PML Baltimore Ravens was 3-1 coming into the game against the Dolphins and their lone loss came at the hands of the undefeated Indianapolis Colts. As PML’s Game of the Week, there were a lot of eyes on this game. There were 10 PML coaches that used their content points to bet on the game. 9 of the 10 coaches bet on the Ravens and were hoping for a major content point pay day and unfortunately their bet paid out, but the game didn’t go down in a fashion anyone could have predicted.

The Baltimore Ravens started their first possession at the 25 yard line and they would eventually string a few positive plays to get them to the 45 yard line, but ultimately their drive stalled and they had to punt the ball. The Dolphins were able to march down the field and get into the red zone, but had to settle for a field goal and they were able to take a 3-0 lead. The Dolphins were able to hold the Ravens to a punt on their next drive, but when Miami got the ball back, Tua was able to find Jaylen Waddle running downfield in between multiple Raven defenders. Tua hit Waddle running in stride and Waddle was able to take the catch and run 75 yards downfield for the Dolphins first touchdown of the game. The Ravens third possession of the game once again featured a struggling offense that couldn’t get going and it led to another punt. The Dolphins marched down the field again and the offensive coordinator dialed a screenplay that featured three receivers to the left side of the field with Myles Gaskin and Mike Gesicki the only Dolphins on the right side. Tua tossed the screen pass to Gaskins, he made a man miss with one of the slowest spin moves possible and ran into the end zone that gave the Dolphins a 17-3 lead. The Ravens couldn’t muster anything on offense in the first half. The Dolphins were able to add another field goal and Tua connected on a deep post in the middle of field to Will Fuller for another touchdown. 7 minutes into the third quarter, the Ravens benched quarterback Lamar Jackson in favor of Tyler Huntley. It was a questionable move, but the Ravens didn’t want to risk an injury to Lamar if the game was already over in their eyes… but it was far from over.

Tyler Huntley was able to connect on a 50 yard strike to Sammy Watkins who jumped over Xavien Howard and the Ravens were able to add a field goal to cut the lead to 27-6. Tua Tagovailoa was 17 of 18 for 300 yards and 3 touchdowns deep into the third quarter and then his vision and accuracy fell apart. On a third and long, Tua threw a late strike to Devante Parker on an out towards the sideline. The Raven defender picked the ball off and ran it back for a touchdown. A once 27-3 Dolphins lead was now diminished to a 27-13 lead. A rattled Tua couldn’t keep his composure on the next drive and tried to throw past a Ravens linebacker who was beat by Myles Gaskins. Tua underthrew the pass and the linebacker intercepted the ball and ran it back for a touchdown. The Dolphins were coming undone and the Ravens were peaking at the right time. The coach for the Ravens subbed Lamar Jackson back into the game and the Dolphins were able to string a few plays together to get them into Raven territory after the two pick sixes. On a second and long, Tua stared down his running back and despite being covered by two Raven defenders, he still threw the pass and the Ravens intercepted it once again. The Ravens would then go to tie the game, but the Dolphins weren’t finished yet. Tua was able to find Will Fuller on a deep strike with 1:13 left in the game. The Dolphins took a 37-34 lead but it proved to be way too much time left on the clock. Lamar Jackson drove his team down the field and with 32 seconds on the clock, he chucked up a prayer to Marquise Brown. Byron Jones and Jevon Holland were covering Brown and assigned to watch the deep ball over their heads, but Jones stepped an inch forward despite his assignment and this was enough leverage for Brown to race by him. Brown went up and grabbed the ball out of the sky despite being surrounded and hit by multiple Dolphin defenders. The Dolphins had 20 seconds left in the game to dial up a game winning play, but Tua threw his fourth interception of the game and the Ravens came away with a victory. The Dolphins head coach, Fallen, was asked about the team’s gameplan heading into the second half, but he called his quarterback’s play into question. Coach Fallen’s second half game plan was to play smart on offense, check the ball down, and run the clock. His quarterback made that game plan impossible after throwing two pick sixes and allowing the Baltimore Ravens back into the game.

Tua Tagovailoa finished the game 26/34 for 548 yards, 4 touchdowns, and 4 interceptions. This is the first time that we have seen Tua throw for over 500 yards, but it came at a price. The Dolphins finished the game with just 70 yards on the ground, but the Dolphins have to try and move forward when they face off against their divisional opponent next week. The Dolphins will be traveling to New York to take on a Jets team that is on a losing streak, however, the coach is as talented as anyone in PML, so expect for this divisional game to be close throughout.