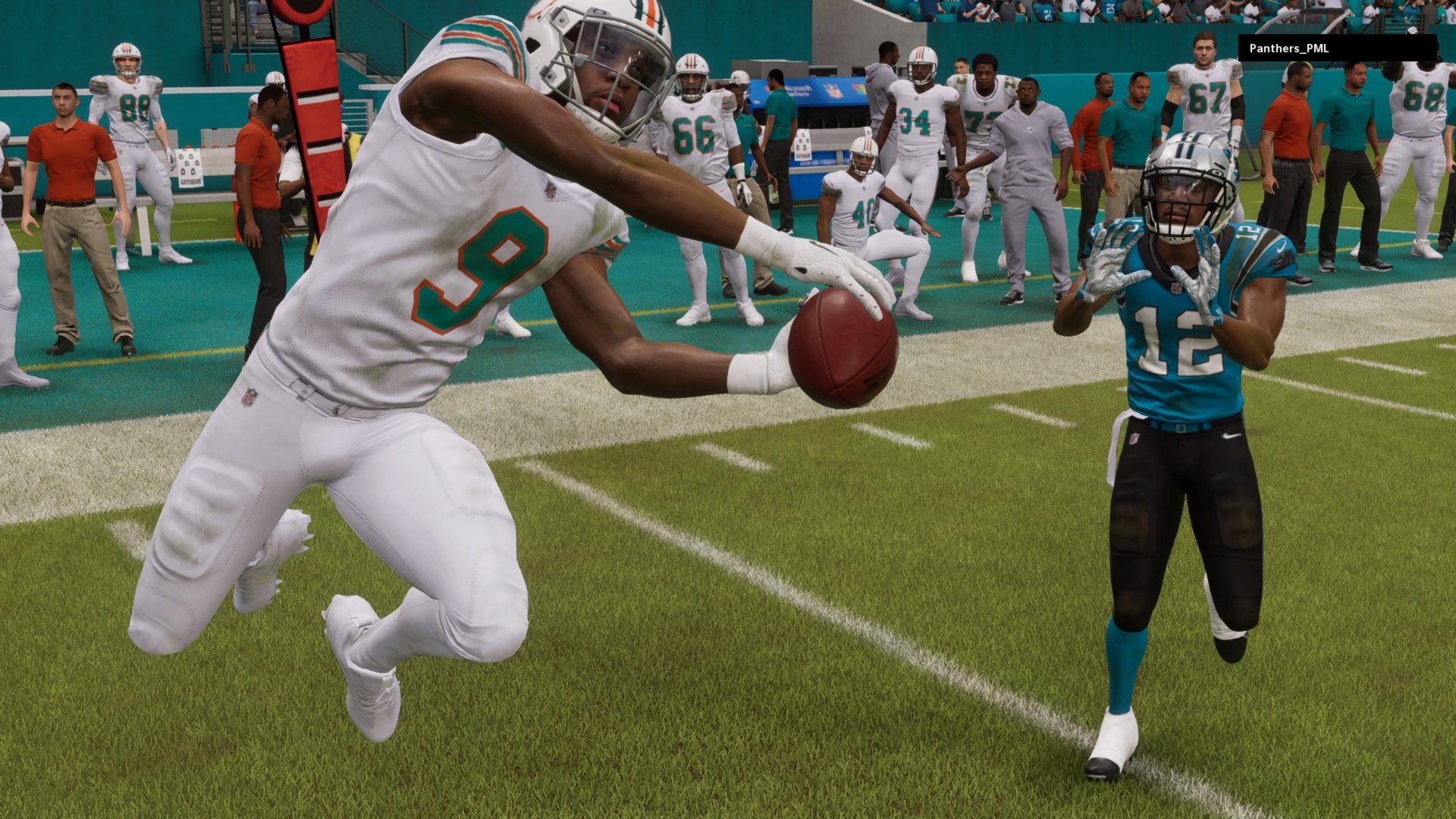 It’s no surprise that halfback Salvon Ahmed has been of the best offensive weapons for the Dolphins, but his usage is on the highest in the league. The general manager of the Dolphins wanted to give Salvon Ahmed a rest, so in partnering with the head coach, the decision was made to start last year’s breakout running back, Myles Gaskin. He didn’t disappoint in his first start of the season. Myles Gaskin carried the ball 21 times for 122 yards and rushed for 1 touchdown. Gaskin also added 1 reception for 32 yards. On his touchdown run, Gaskin rushed for 57 yards and broke two tackles. Gaskin has starting halfback potential, but his lack of breakaway speed has worried the Dolphins since signing Salvon Ahmed. It is still nice for the Dolphins to have two halfbacks on the roster capable of coming in and rushing for over a hundred yards any given night. The Dolphins are the 27th ranked offense when rushing the ball, but the head coach for the Dolphins has expressed his interest in staying balanced several times this season, so it will be interesting to watch how he approaches the more difficult games as the end of the season approaches.

Tua Tagoviolia has only reached a 158.3 QBR one time this season and that was back in week 6 against the Jacksonville Jaguars. Tua was able to put up another 158.3 QBR this week against the Panthers. Tua completed 18 passes out of 21 attempts. He threw for 304 yards, 4 touchdowns, and had zero interceptions. Tua had a 85.7 completion rate which is the highest of the season. He was able to connect with six different receivers. Mike Gesicki and Jaylen Waddle led the team with 6 receptions a piece. Mike Gesicki led the team with 2 touchdowns. It was the first time this season that Gesicki led the team in that category and Will Fuller led the team with 100 receiving yards. Salvon Ahmed played a backup role this game, but this was the first week that the Dolphins were able to negotiate with the unrestricted free agent. Salvon Ahmed has meant so much to this offense and the team rewarded him with a four year $18.8M dollar contract. His base contract is worth $11.1M and he was given a $7.7M guaranteed. The Miami Dolphins desire to give Salvon Ahmed a contract offer right away shows the team’s appreciation for their starting running back. This falls in line with the team’s action to sit the back this week and desire to keep him fresh for the rest of the games this season.

The Dolphins have one of the stingiest defenses in the league. They have held two opponents to zero points this season and they rank as the 4th best defense in points allowed this season. They average just over 24 points a game. Jerome Baker put together another top notch performance against the Panthers. He had three solo tackles, one sack, and two interceptions. He now has 7 interceptions this season and is one of the team leaders in that category this season. The Miami Dolphins were able to pick off the Panthers quarterbacks five times this game. Cam Newton threw two interceptions and when P.J Walker came in to relieve him, he ended up throwing three interceptions. Jason McCourty, JaCoby Stevens, and Noah Igbinoghene were the recipients of those interceptions. The Miami Dolphins have a very good defensive backfield and are very deep at the position. The Miami Dolphins also added three sacks to their defensive resume. Outside linebacker Andrew Van Ginkel combined with Jaelan Phillips for a sack on the quarterback and both were rewarded with .5 of a sack.

Trade Alert: a Dolphin is on the move!

Slot corner Noah Igbinoghene is a young stellar corner that the Dolphins are hoping to develop into a full-time starter after their top tier corners Byron Jones and Xavien Howard have retired. Noah Igbinoghene is only 21 years old but he has been able to make an impact this season with playing in slot and dime packages for the Dolphins. Igbinoghene has the intangibles that you look for in the position and is average on the outside, but he has been improving his coverage skills every game. Igbinoghene learns from the mistakes that he makes and we expect to see him on the highlight reel more often as the season progresses. The Miami Dolphins are up against another struggling team in the New York Giants in week 13. The New York Giants are on a four game losing streak and are not predicted to change that streak next week. The Miami Dolphins will have to stay focused against the Giants and not let another slip up happen like it did in week 10 against the Baltimore Ravens. During the post game conference, several media members asked the Dolphins head coach about who he was planning on starting at halfback now that they agreed to Salvon Ahmed’s extension. The head coach informed the media members that it is likely that Myles Gaskin will start against the Giants and after the bye week in week 14, Salvon Ahmed will resume his starting halfback duties, but it’s just s important for Ahmed to practice as if he is the starter because he will still be heavily involved in pass protection and on third downs.