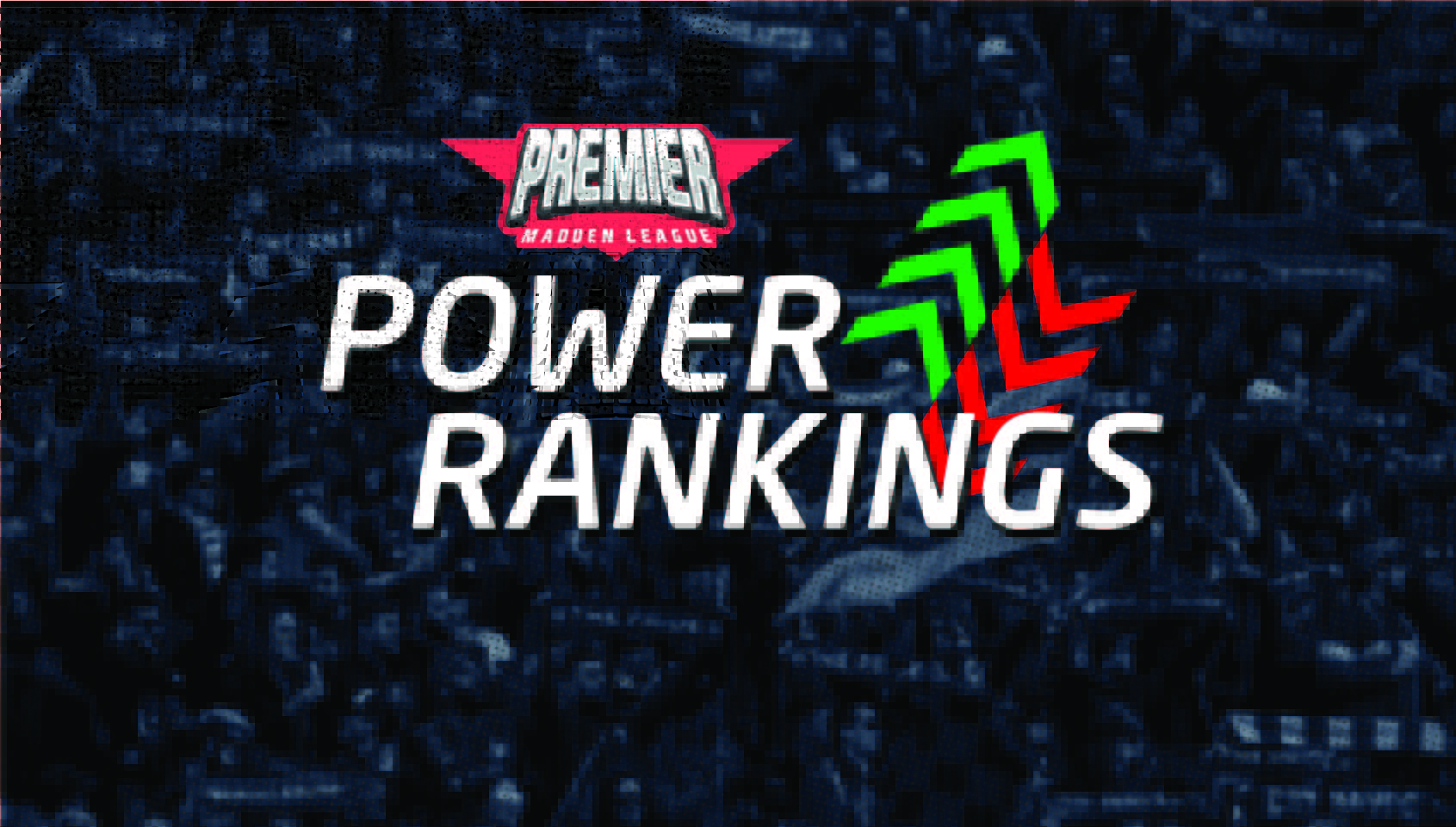 Philly picked up a huge win against Dallas in Cowboys Stadium this past week. The remaining question is, will anyone else remaining on the schedule be able to stop them? I certainly don’t trust Washington with rookie QB Malik Willis to be able to get the job done this week. I have them as a near lock for the top seed in the NFC and won’t be truly tested until the playoffs.

Team Get Lucky Broncos didn’t need much luck last week against the then 7-2 Chargers. It was a route from the opening kickoff. Brady played great, the defense played great, the only question remains if they can solidify the run game. This week is the meeting of the top DAWGS of the AFC West and it should be a good one.

The Patriots suffered an unacceptable loss this past week to Cincinnati. Mac Jones played a fine game and the defense was able to force turnovers but the running game did effectively nothing.Joe Mixon had a field day in spite of Joe Burrrrrrrr throwing 3 interceptions. Can’t lose that game.

With Patrick Mahomes back in the fold last week after his stay in purgatory watching Jackson Mahomes TikToks for 24 hours straight, the Chiefs dominated the Raiders. He faces Tom Brady and the Denver Broncos this week murder on his mind. But seriously, This is a must win game to set the tone for the rest of the season.

Buffalo might actually have murder on his mind this week after the real life Bills couldnt play defense against Patrick Mahomes for 13 seconds. Last week in PML they hung 80 on the Jets head disrespectfully. Thai week they face their Pre-Season bad boy partner Lions so who knows how much defense will be played in this game.

LA have taken their lumps two weeks in a row now, and have a potentiel to go into a downward spiral. The Raiders should be an easy bounce back game this week but nothing has been easy for the Chargers recently. If they drop the Raiders game I would start preparing for a free fall.

Since joining the league coach Codes has won two close games against two below average games. Now a win is a win but it is concerning that the easier teams have been a struggle this far. Their game vs Dallas this week will be the test.

Miami has the Dolphins, The Greatest Football Team, They will take the ball from Joe Burrow, Like no one’s ever seen, They’re in the air, they’re on the ground, They’re always in control, And when they play this week, They’re gonna beat Cincy

Dallas played lil bro yet again last week to Philly but still remain a top wildcard contender in the NFC. This week they face Indy who after the coaching change look very beatable. In fact, if Philly loses this game I don’t have confidence in them to make a deep playoff run.

Yet again somehow Seattle jumps up the rankings. After trading franchise QB Wilson and now leaning on Tua Turndaballova, the team has found more success. It doesn’t make sense, you trade Russ and move Metcalf at the beginning of the year and it makes the team better. How

The Rams talk a big game just to be behind the Seahawks in his “timeshare.” Another loss this week would be pure and utter embarrassment. I have them as an early miss playoffs type of team or be a one and done.

Even with the recent win streak WFT is on, I don’t see them standing any chance this week against Philly. In week 8 they got their a** beat and I don’t see anything changing. WFT still faces an uphill battle to make the playoffs again this season.

Are the Packers even contenders to defend their NFC Championship?  The way things are going right now, that KMFO vs Jefe NFC title game is not such a sure thing anymore.  Did the 16-1 season all fall on the arm of Aaron Rodgers?  Even when he returns from the injury, Arod may not be under center for Green Bay season 3.  Does that close the book on GB’s cycle?  So many questions.

Lions are not playing fascinating football, but they find themselves tied for first in the NFC North due to the down year Jefe is having with the Packers.  We all know Coach Hype has all the skill to make a deep playoff run, but can he do it with this roster?

Titans will need one h*** of a tear to have a shot at the playoffs.  They currently sit 2.5 games out of first place.  I don’t believe Haskins or Hurt are considered the answer in Tennessee.  It will be interesting to see how Wimmy addresses the quarterback situation this off season.  Although many young pieces, the defensive backfield is also in need of an upgrade as they rank amongst the worst in the league this season.

Another top user getting lost in the shuffle we call the AFC.  The way the rest of the schedule is set up, it will take a miracle for the Jaguars to make a run at a wildcard spot.  This team was a rebuild project, and as frustrating it may be for coach TBandit, he has to stay on course and treat it as such.

The defense, led by Murphy Jr., has been the centerpiece of this Cardinals resurgence in season 2.  Although we all enjoy a Cinderella story, this one may be over quicker than it began with the way the rest of their schedule is lined up.  Let’s see if Goose is up for the test.

The schedule becomes a true test for the 49ers as we wind down the season.  We separate the pretenders and contenders on the road to the wildcard. With a week 11 loss to the Saints, the see-saw is weighing down on the pretender side of things.

What many seen as a sure thing this season, the Ravens are no lock at all to win the NFC North.  After being on cruise control for season 1, the Ravens have 3 teams in their rear-view mirror.  The defense is ranked amongst the worst in the league at stopping the run.  That doesn’t bold well for a week 12 matchup vs Nick Chubb and the Browns.  Not saying we’re hitting the panic button yet, but this race may be one to watch in weeks to come.

Sam Howell threw 6 interceptions, and was sacked 8 times in front of the home crowd in Houston.  Not even a redzone appearance in the game for the Texans.  Was moving on from Watson the right move?

Huge upset over Problem and the Patriots week 11 shoots the Bengals up 5 spots this week.  Don’t look now but KingKe is 1 game out of the division lead, and with the confidence running through his veins this is a scary scenario.  Cole Turner ROY watch, could he also receive MVP votes? Bengals are doing a great job of showcasing their rookies this season while staying in the playoff hunt.

Falcons get back into the win column with a big win over Cleveland this past week.  With a two game lead, they’re still trying to fend off the rest of the division.  Could the Carrol to Pitts connection be anything more than a first round playoff cameo?  Week 12 against the Rams should answer that question.

It is like the hope and promise was pulled from underneath the Giants when KMFO replaced Curt in Philadelphia.  The Giants were a potential division contender until that happened.  A wildcard berth in the future is not out of the question, but it’ll be a very difficult road for Burn.

An up and down season for Ridder and company.  Chubb has become the focal point of the offense, and when he is given the opportunity at 20+ carries, he is making the opponents pay.  Even at 4-6, they’re playing an ultra important game this week as they host Lamar Jackson and the Ravens which could put them within striking distance of the division with a victory.

Coming off a bye the Bears are looking to make the most of this up and down season that will have them on the outside looking in come playoff time. Offense has never been a problem for Noble averaging 34 ppg this year so look for him to work on building that defense and work on improving his goal line defense which has been one of his biggest problems.

As much as Mali has struggled this year, his season isn’t over just yet. If Mali can cut down on the turnovers he will be fine, time and time again he’s shown he can compete with anybody. With Bo Nix taking the reins, look for this offense to take off with the multitude of weapons at his helm. With 4 division games left anything can happen in the very congested Nfc South

Coming off a bye the Steelers are sitting at 3-6 and only 2 games back with 8 games left all against opponents under .500. With Nef being known for ball control he’s proven to be more explosive this year ranking in the top 10 for both passing and rushing offense. Look for Nef to lean on his stars like Claypool, Coop and Najee Harris during this playoff push.

With the season pretty much all but lost look for Dlloyd to work on the development of rookie QB Jayden Daniels. After 2 back to back good weeks he reverted back to his early season form with 5 picks, these last 6 games vs 6 quality opponents will be vital for the development of the young qb.

29. New York Jets (2-8)  (Previous 29) – The Jets sitting at 2-9 just came off of a curb-stomping loss to the Buffalo Bills who were playing some inspired after the crushing defeat his Bills took just hours ago. Zach Wilson has struggled all season and the Jets need to use these last 6 games to find an identity with this offense so their franchise guy doesn’t lose his confidence.

JT and the Panthers have had minimal success all season but might’ve found a hidden gem in 58 ovr Spencer Sanders who looked the part in his first Pml start. Look for the Panthers to make a playoff push in the division with only 1 out of the last 7 games coming against an opponent with a record over .500.

After being in a major slump the Saints pull off a major upset against a hungry 49ers squad keeping themselves alive in the Nfc South race. Spencer Rattler had his best game in his Pml career throwing for 378 and 5 Tds leading the squad to victory. Cammy can build off this performance to make a playoff push but that remaining schedule will kill those playoff hopes.

Jp and the Vikings showed a ton of life coming out of the bye week vs the inconsistent Jaguars squad which came down to the final play. While the gameplay was better Kellen Mond is clearly not the answer and if Bryce Young or CJ Stroud isn’t taken with the first pick, there will be a riot in Minneapolis.